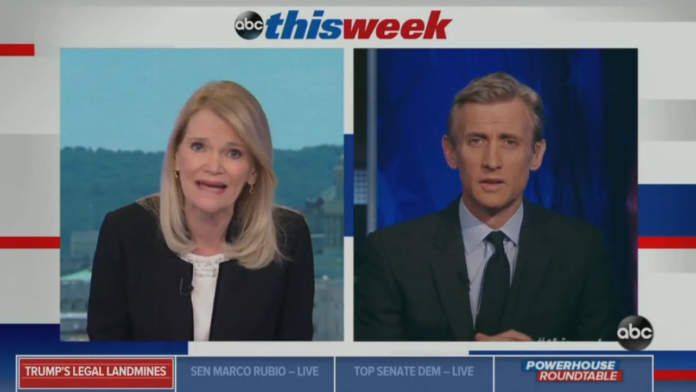 Appearing on “This Week,” Abrams was asked about the Michael Cohen sentencing memos filed this week in federal court which implicate the president in campaign finance violations. Abrams noted that the threat comes not from Special Counsel Robert Mueller, but from prosecutors in the Southern District of New York:

“I think this is the biggest legal threat we have seen so far. This is not Mueller’s team. This is the federal prosecutors who, in essence, work for Donald Trump in the Southern District of New York, who filed this sentencing memo which basically says, we think this crime is really serious.”

“It is the first time that I’ve seen something in connection with this investigation, where I’ve said to myself, you know what? I think they might actually seek to indict Donald Trump here.”

The Department of Justice issued a memo several years ago suggesting a sitting president cannot be indicted, but Abrams went on to note that the Southern District may seek to challenge that rule:

“That doesn’t mean that they would seek to try him. But maybe just to indict him. By implicating him so directly in this way, and in effect by name, these prosecutors are making clear: We think this crime is serious, and we think he’s involved.”

Former New Jersey Governor Chris Christie agreed with Abrams, saying he also believes the Cohen investigation is a much bigger legal threat than the Russia probe, at least so far. Christie went on to reference the DOJ policy on not indicting a president while he’s in office.

But rules are often changed, and if can be proven that Trump is up to his eyebrows in illegal activity, the courts might decide that an indictment can indeed be issued as long as it’s not enforced until the president leaves office. Either way, Donald Trump is in genuine legal jeopardy from which there appears to be no escape, even if he decides to resign.