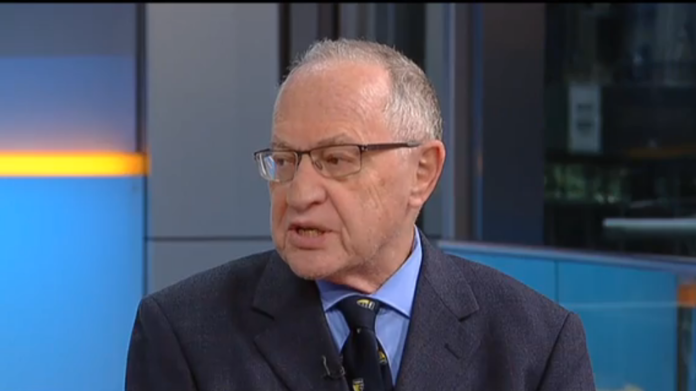 During an appearance on “Fox & Friends,” co-host Rachel Campos-Duffy noted:

“Some in the media have made a daring and dark comparison, comparing President Trump to Hitler. He was even accused of following Hitler’s playbook to divide the country.”

Considering that Trump has a fondness for authoritarian rulers such as Russia’s Vladimir Putin, Kim Jong-un of North Korea, and Turkey’s Recep Tayyip Erdogan, it certainly seems that Trump does indeed like strongmen, but Dershowitz took the debate to another level with this comment:

“Everybody is compared to Hitler. Everybody is compared to the Holocaust. Israel defending itself against Gaza rockets — oh, they’re Nazis. Anybody who compares Trump or anybody else to Hitler essentially is a Holocaust denier, because what they’re saying [is] well, there were no gas chambers, there was no Auschwitz, there was no plan to kill six million Jews. They minimize it.

No one is saying that Trump is the same as Hitler, but if we refuse to at least learn lessons from the darkest days of world history, aren’t we consigning ourselves to possibly repeating the very mistakes that led to the rise of a man as evil as Hitler?

Donald Trump is not on a par with Hitler. At least not yet. And it’s only because our Founding Fathers put so many safeguards in place that one man isn’t able to lead by decree in this country.

And here’s another thing Dershowitz and other Trump defenders should keep in mind at all times: Hitler was elected by the German people. So was Donald Trump. It’s important that we all make sure he’s not re-elected come 2020.