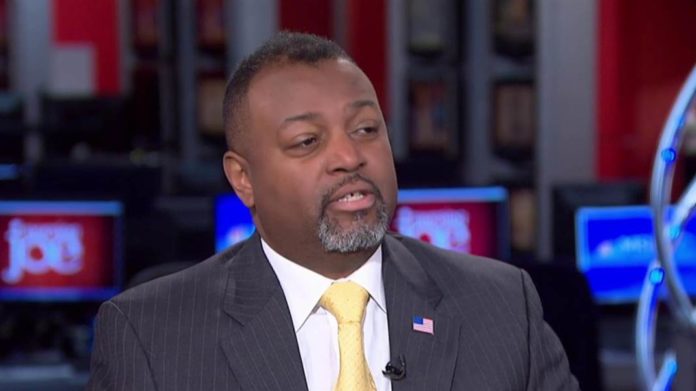 Malcolm Nance has devoted his life to protecting the United States, first in the U.S. Navy and now as an author and security analyst. And he’s had quite enough of President Donald Trump’s repeated attacks on American military commanders who have criticized Trump for withdrawing U.S. forces from Syria.

On Monday, Trump doubled down on his Syria policy, noting on Twitter that he was no longer paying attention to “failed generals” when it came to military policy:

…I campaigned on getting out of Syria and other places. Now when I start getting out the Fake News Media, or some failed Generals who were unable to do the job before I arrived, like to complain about me & my tactics, which are working. Just doing what I said I was going to do!

That was on tweet too many for Nance, who quickly dressed down Trump on social media, excoriating him as a “chickenhawk coward.”

Draft dodging chickenhawk cowards don’t get to call any Generals “failed. “ You failed at manhood. You failed as “leader”. You failed marriage & as father. You failed at rejecting Treason. Your most spectacular failure was as an American. History will show #TrumpEqualsFailure https://t.co/WLaDZr8Hbf

Nance got plenty of support from others on Twitter:

As a third generation veteran, a retired USAF major I thank you for taking up for those who have served this nation honorable against a cowardly faux bone spurred cretin.

Thank you @MalcomNance!
This is in competition for the best, most accurate tweet of 2018.

@realDonaldTrump WOW @MalcolmNance just summed up your entire life in a single tweet.

Thank you, Malcolm! That was spectacularly refreshing!!! Keep serving that!!!!