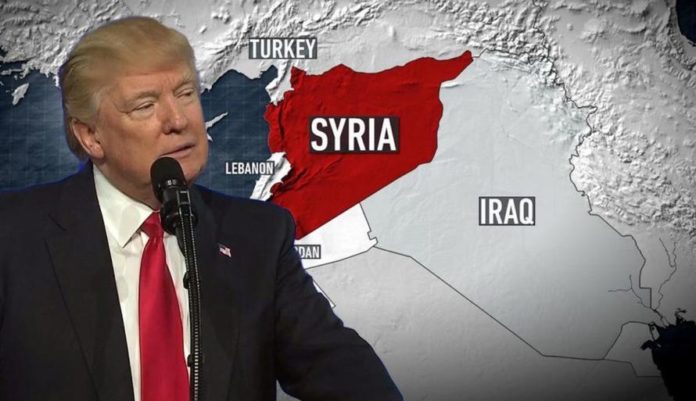 When President Donald Trump announced last week that he would immediately withdraw all American forces from Syria, many wondered what exactly had prompted such a decision.

According to General Wesley Clark, the former Supreme Allied Commander of NATO, Trump’s pullout may have something to do with blackmail on the part of Turkey.

During an appearance on CNN this week, Clark noted:

“There doesn’t seem to be any strategic rational for the decision. And if there is no strategic rational, then you have to ask, ‘Why was the decision made? I can tell you that people around the world are asking this. And some of our friends and our allies in the Middle East are asking, ‘Well, did Erdogan blackmail the president? Was there a payoff or something? Why would a guy make a decision like this?’”

As for the president’s assertion that the terrorist group ISIS has been defeated, meaning U.S. troops are no longer necessary, Clark had this to say:

“We’re not quite finished with ISIS….What does this say about the foreign policy of the United States? That we’re not reliable? That we make strategic decisions based on no strategic logic?”

Clark ended his remarks by warning that Trump’s move in Syria tells our allies that we aren’t reliable:

“What the United States had going for it is the reputation of reliability, consistency—that we were going to be there through thick and thin. The decision on the spur of the moment as the president made undercuts all of that…. This is a really dangerous time for the United States in foreign policy because of this.”

The Syria decision was also a gigantic sop to Russia, suggesting yet again that Russian President Vladimir Putin is the person making American foreign policy decisions via Trump. Call it blackmail, acquiescence, or ignorance, but with his every decision, Donald Trump makes the United States weaker.

“There doesn’t seem to be any strategic rationale for the decision… then you have to ask, why was the decision made? Did Erdogan blackmail the president?” — Former NATO commander, Gen. Wesley Clark, on Trumps decision to withdraw U.S. troops from Syria.pic.twitter.com/oWvZJe8hP3