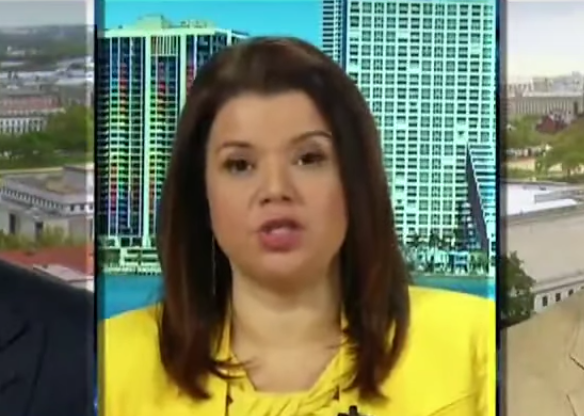 President Donald Trump’s use of 9/11 as a bigoted political attack on Rep. Ilhan Omar (D-Minn.) disgusted GOP strategist Ana Navarro so much that she destroyed him for it during an appearance on CNN Monday.

Over the weekend, Trump pinned a post on his Twitter feed featuring an edited video of Omar talking about the 9/11 attacks, leaving out her praise of the Council on American–Islamic Relations (CAIR) for condemning religious extremism in the aftermath while showing video of the World Trade Center towers falling.

Critics have lambasted Trump ever since for politicizing 9/11, even pointing out that Trump has lied repeatedly about what he did in response to the attacks. Morning Joe host Joe Scarborough even highlighted video of Trump bragging about how his building became the tallest in New York during an interview that same day the towers fell.

During an appearance on CNN Monday, Navarro took her turn.

“It is horrible that 9/11, such suffering, such death, such distress for so many families and for all America, frankly, should be used and exploited in order to advance a political agenda,” Navarro said before noting Trump’s “hypocrisy and inappropriateness.”

The 9/11 attacks should never be politicized and used as an attack ad. It’s crass and cruel and disgraces the memories of the victims. Trump should be ashamed of himself, especially since Omar is a sponsor of 9/11 first responder aid that Republicans refuse to pass.