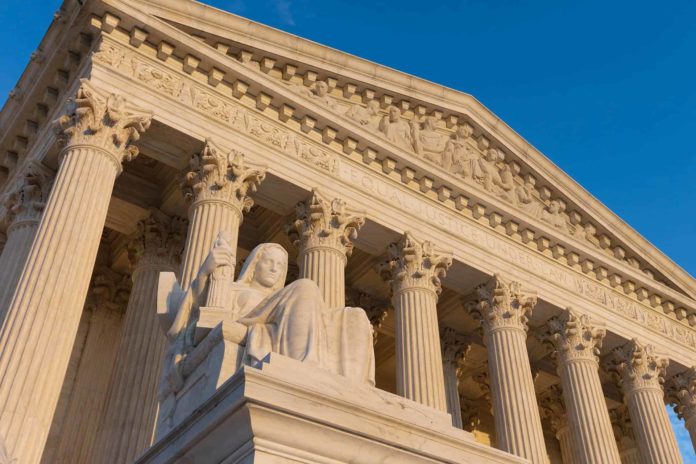 It’s an issue you can expect to be front and center at the upcoming Democratic debates: Reform of the U.S. Supreme Court, including adding new justices to offset the rightward tilt of the high court.

The stakes could not possibly be higher when you consider rulings from the current court on campaign finance, partisan gerrymandering, and the gutting of the Voting Rights Act.

Such reforms for the court are not a new idea. When Franklin D. Roosevelt was president, he pushed for legislation that would have added six justices to the nine who are called for in the Constitution. The idea was known as “court packing” and failed to pass Congress.

So where do the 2020 Democratic contenders stand on the issue of the Supreme Court? Most say they’re open to the idea. Except for former Vice President Joe Biden, who said recently:

“No, I’m not prepared to go on and try to pack the court, because we’ll live to rue that day.”

During the first Democratic debate in Miami, Senator Bernie Sanders (I-VT) also expressed some skepticism about adding new members to the court, noting:

“We’ve got a terrible 5-4 majority conservative court right now. But I do believe constitutionally we have the power to rotate judges to other courts and that brings in new blood into the Supreme Court.”

Could that be done? The Fulcrum reports, the idea was floated not long ago by a current member of the Senate:

Seven years ago, a University of Missouri law professor named Josh Hawley wrote a piece for National Affairs titled “The Most Dangerous Branch.” He argued there was nothing inherently unconstitutional about rotating judges from the lower federal appeals courts through the Supreme Court. Now Hawley is in his first year as a Republican senator from Missouri, with a seat on the Judiciary Committee.

“Congress could stipulate that the Supreme Court be staffed with nine life-tenured judges drawn at random from the courts of appeals. These judges would serve on the Supreme Court for a term of several years, and then return to their original appointed posts on the lower appellate courts, to be replaced by another group of nine drawn by lot,” he wrote in 2012. “Justices would thus acquire incentives for caution and moderation rather than judicial aggrandizement.”

Some of the other top Democratic contenders have this to say about expanding the court:

Another path that has been suggested is adding Puerto Rico and Washington D.C. to the roster of states. Both more than exceed the requirements and would likely add our new Senators to help balance power.

If a Democrat is elected president in 2020 and Democrats also control both houses of Congress, you can expect plenty of discussion about reforming the Supreme Court. But it remains to be seen if those debates get any further than FDR got when he tried to bend the court to his will.