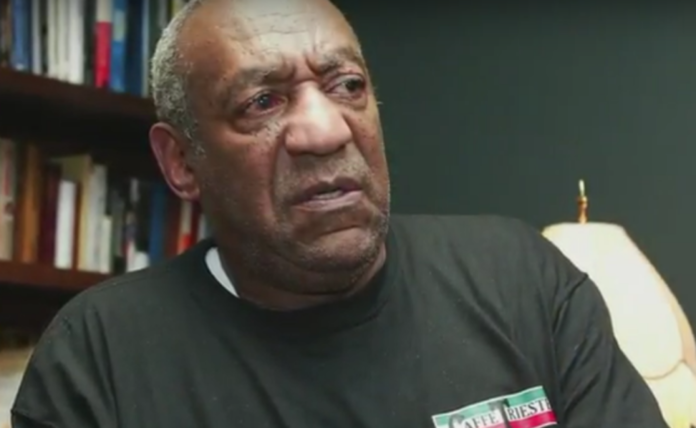 Actor Bill Cosby has been found guilty of sexual assault as the jury in his retrial returned a verdict on Thursday, marking the end of a legal saga that reignited after comedian Hannibal Buress referenced the rape allegations in his comedy routine in 2014.

Since then, dozens of women have come forward with allegations that Cosby drugged and sexually assaulted them, including Temple University employee Andrea Constand, who sat in the courtroom as the verdict was read.

Constand and the rest of Cosby’s accusers helped spark the #MeToo movement that has challenged the way law enforcement and the legal system treats victims of rape and sexual harassment. It’s about being believed and not letting men get away with committing sex crimes.

Cosby had gotten away with his crimes for decades. But that changed this week. A prosecuting attorney, Stewart Ryan, said in his closing argument:

Indeed, Cosby dined plenty as the jury found him guilty on all counts after 14 hours of deliberations.

And Cosby didn’t like not getting away with his crimes this time.

According to The Morning Call:

“Cosby stared straight ahead as the verdict was read, but moments later lashed out loudly at District Attorney Kevin Steele and called him an ‘a–hole’ after the prosecutor asked that Cosby be immediately jailed because he might flee. Cosby denied he has an airplane and shouted, ‘I’m sick of him!’

The judge decided Cosby can remain free on bail while he awaits sentencing.”

Frankly, letting Cosby breathe free air for even one more day is an affront to justice. But at least his victims had their day in court and walked out the victors.

Attorney Gloria Allred said outside of the courthouse that:

“Justice has been done! We are so happy that finally we can say women are believed.”

ABC legal analyst Sunny Hostin noted that the difference between this retrial and his previous trial that ended in a hung jury is that prosecutors were able to establish a pattern of behavior by hearing testimony from Cosby’s other victims, thus giving this jury a clear path to conviction.

Cosby, who is 80-years-old, faces up to ten years for all three counts, meaning he could very well die in prison. And he only has himself to blame.