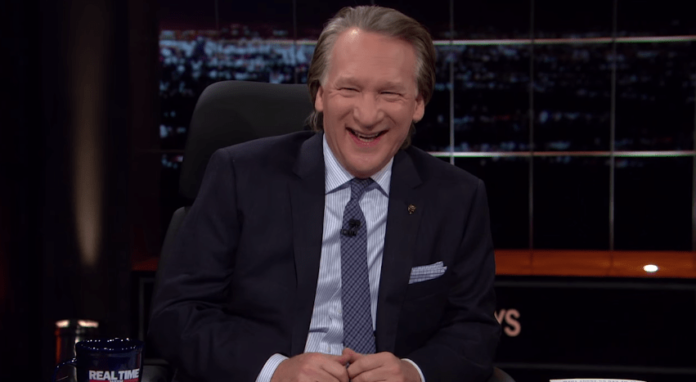 “Real Time” host Bill Maher managed to mock both Fox News host Sean Hannity and President Donald Trump on his show Friday evening while discussing the upcoming presidential election and this week’s stock market tumble which could be the beginning of a recession.

Maher began with Trump, referencing remarks the president made at a recent rally he held in Pittsburgh. Trump told the crowd:

A week ago, Trump also had this to say about Maher on Twitter:

Got to see, by accident, wacko comedian Bill Maher’s show – So many lies. He said patients in El Paso hospital didn’t want to meet with me. Wrong! Had really great meetings with numerous patients. Said I was on vacation. Wrong! Long planned fix up of W.H., stay here rather than..

In response, Maher managed to expertly troll the president by bringing up a report from the Wall Street Journal that Trump allegedly wanted to buy Greenland:

“Trump has been tweeting about me and talking about me at his rallies, so my anxiety level is very high. I’m hoping he’ll get distracted by his new plan—I’m not making this up—he wants to buy Greenland… and name it ‘New Ivanka.’”

“He had two Nuremberg rallies this week, and the highlight for me is at the one last night, he told a protester, ‘You have a weight problem!’ That’s like mocking virgins at Comic-Con, isn’t it?”

Next was the economic news of the week, which Maher also pinned on Trump:

“Trump, the financial genius, is driving the economy over the cliff. His new slogan is: Make America Atlantic City Again. Did you see what happened in the stock market this week? I spent more time gasping for breath than Jeffrey Epstein.”

In the panel portion of the show, Maher noted that he’s still hoping for a recession because maybe that would ruin Trump’s chances of reelection:

“I’ve been saying for about two years that I hope we have a recession, and people get mad at me. Sean Hannity thinks I’m actually causing a recession. I do not have this power but he seems to be wanting to blame it on me, like I’m a genie and could make this happen. [Recessions] don’t last forever. You know what lasts forever? Wiping out species—and people.”

There’s no shortage of reasons to vote against Donald Trump in the 2020 election. And as Bill Maher noted, if it takes an economic downturn to accomplish that goal, some temporary pain might be preferable to four more years of madness.