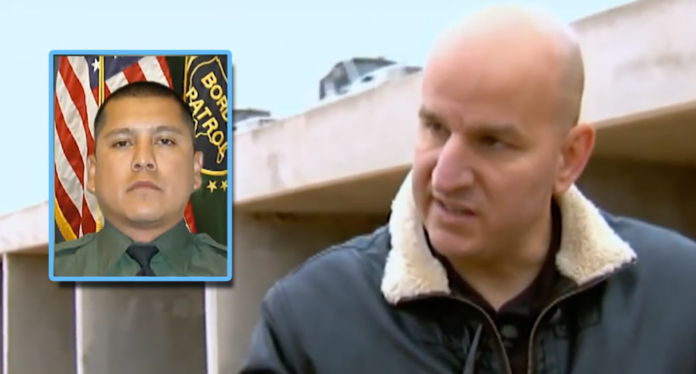 A top official in the U.S. Border Patrol, Brandon Judd continues to advance speculation that one agent died, and another was injured southeast of El Paso, Texas, on November 19 last year after being attacked. He makes this claim although a federal investigation has so far found no evidence the two agents were attacked. Instead, it looks likely they may have accidentally fallen into a highway culvert in the dark of night.

Border Patrol Agent Rogelio Martinez, 36, was found with a skull fracture, broken jaw and trauma in the upper right side of his torso in the culvert.

“The message from Kevin McAleenan, acting head of U.S. Customs and Border Protection, to his staff said an exhaustive probe into the death of agent Rogelio Martinez was still under way but had not yet turned up any signs he was the victim of a crime.”

There was nothing found to indicate other parties on the scene. McAleenan wrote in his memo:

“There were no defensive wounds on Agent Martinez or his partner. There was no third-party blood or DNA evidence recovered from the scene or the agents’ clothing.”

Although Trump hypocritically complained about a need for more “Due Process” on Saturday, on the same day as Martinez’s death in November, he was quick to exploit the unsolved case as a means to call for building a southern border wall.

Border Patrol Officer killed at Southern Border, another badly hurt. We will seek out and bring to justice those responsible. We will, and must, build the Wall!

Senator John Cornyn (R-Texas) had promised Martinez’s mother his attackers would be brought to justice, but now has acknowledged it could have been an unfortunate accident.

“Maybe it’s a cautionary tale that all of us need to take a deep breath when things like this happen and realize that we don’t have all the information and wait until we get a little more information before reaching conclusions,” Cornyn said.

In total contrast, a new report from Fox News advanced speculation by National Border Patrol Council (NBPC) union chief, Brandon Judd. He asserts the agents could have been struck in the head from behind as they were running into the culvert with their heads down, using flashlights.

“If you take everything in its totality…the [FBI] still today retain jurisdiction, so they still believe there was an assault. But they are being transparent in saying we don’t have any evidence that there was a scuffle.”

“Just because there’s no evidence of a scuffle doesn’t mean that it wasn’t an assault.”

Fox reported on the 650 interviews conducted by investigators, involving 37 field officers. Although the FBI hasn’t found evidence of an attack, they are offering a $50,000 reward for information.

In another report from Fox News, they acknowledged that the FBI says there is no evidence the agents were attacked, while also showing Brandon Judd saying:

“It looks like [Martinez] was literally beaten to death.”