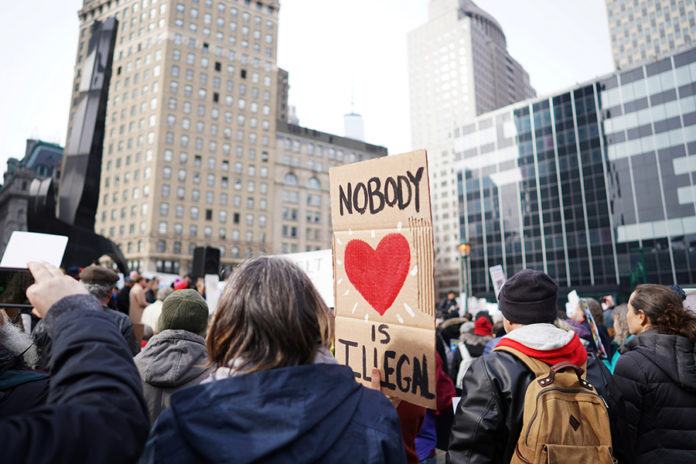 Immigration and Customs Enforcement (ICE) is continuing its immoral crackdown on undocumented immigrants with vigor. Recent reports indicate that the agency continuously targets immigrant rights activists across the country for deportation. In yet another instance of proof that the agency has no boundaries, ICE will deport a man from Arizona whose 5-year-old son is battling leukemia.

Huffington Post reports that on Thursday, ICE chose to deny an extension to remain in the United States to 30-year-old Jesus Berrones. He lives in Arizona with his pregnant wife and five children. ICE ordered him to appear on Monday for deportation, according to his lawyer.

Berrones has never known another home. He was brought to the United States at one-and-a-half years old by his parents from Mexico in 1989. In 2006, he was caught driving with a fake license and deported to Mexico. He re-entered the country unlawfully twice in order to rejoin his family in the United States.

Berrones made a mistake when he was 19 years old. He came into consciousness in this country and is just as American as every other citizen, minus the fact that the government won’t allow him access to documentation.

Now, that same government wants to remove Berrones despite his son’s condition. The young boy is currently undergoing chemotherapy and Berrones is the family’s sole provider.

What are his wife and five children supposed to do with no way to pay for rent, food, and medical bills?

Berrones was left with no choice but to do what many immigrants have been forced to do since Trump took office – take sanctuary in a church. He will remain at Shadow Rock United Church of Christ in Pheonix until a legal resolution is reached.

In the meantime: now is the moment for American citizens to stand up for our most vulnerable. The Trump administration seeks to ruthlessly tear apart families. Years from now, this moment will be looked upon as a dark passage in American history.

What will you do to put a stop to ICE’s reign of terror?