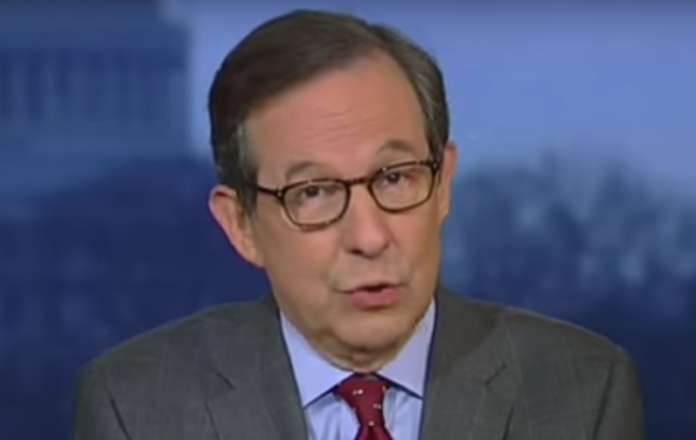 Fox News anchor Chris Wallace took it upon himself to fact-check his own colleague on Friday after host Bill Hemmer claimed that the Russia investigation started because of the Steele dossier.

President Donald Trump and Republicans have been using the Steele dossier to attack and discredit Special Counsel Robert Mueller’s Russia probe for months and have continued to pretend that it’s the whole reason why an investigation by the FBI was triggered.

Hemmer played footage of Rush Limbaugh telling the network that the investigation started “based on a phony dossier created and written by associates of Hillary Clinton.”

Seriously, Fox News has stooped to using Limbaugh as a source.

Never mind the fact that it was a conservative publication that commissioned the dossier in the first place during the Republican primary in October 2015, only abandoning it after Trump became the GOP nominee. By then, the opposition research had already been in full swing. The Clinton campaign only resumed the funding. They had no input on the results.

Thus far, some parts of the dossier have been verified and none of it has been disproven.

But it’s not what triggered the probe, as Wallace would go on to point out.

“This will drive some of our viewers nuts,” Wallace began. “The Trump investigation did not start with the FISA warrant and Carter Page and even the dossier. It started in June and July of 2016 when George Papadopoulos had spoken to a Russian agent and spoke to an Australian diplomat and said he had heard they had information on—dirt on Hillary Clinton.”

Again, the Steele dossier had not been obtained by federal law enforcement and intelligence agencies until after the election in November. Up to then, they were already investigating Trump’s campaign for Russian influence and had probable cause to continue the probe without the Steele dossier.

Hemmer tried to object by claiming the whole story isn’t out yet, but Wallace shot him down.

Now that Wallace has blown that little false narrative out of the water, perhaps Fox News and Trump can stop spreading such misinformation. The Russia probe is a legitimate federal investigation and continuing to claim otherwise is only undermining Trump’s own case.