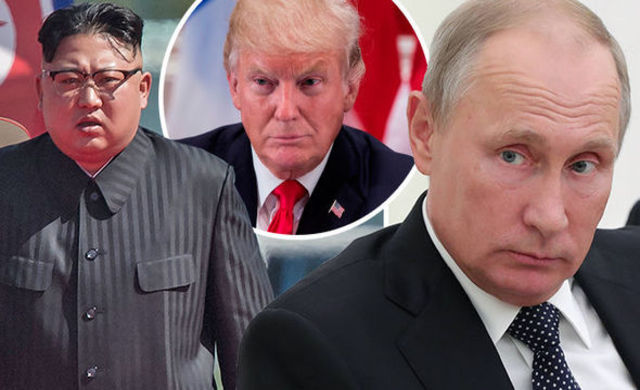 Earlier this week, Kim traveled to Russia for meetings with Putin, with the Russian leader later telling reporters:

“Kim himself asked me that I inform the U.S. side of his position about questions he has regarding what’s happening on the Korean Peninsula.”

That remark, Stephens notes in his scathing op-ed, proves that Trump is a terrible negotiator:

“As deal-making goes, Donald Trump’s approach to negotiating with North Korea has resembled nothing so much as his purchase, in 1988, of New York’s Plaza Hotel: Rely on personal chemistry, ignore the advice of experts, neglect due diligence and then overpay for an investment that delivers no returns. As with the Plaza, the result is about the same: a fiasco.”

The result of Trump’s failed diplomacy with Kim? Putin is able to further strengthen his influence on the Korean peninsula:

“It’s too soon to say whether Putin’s gambits will succeed. But it’s a measure of the scale of the administration’s failure that the Russian is in a strong position to try. At his February summit with Kim in Hanoi, Trump failed to get the deal that he unwisely hankered for, which was all-too predictable given the history and ambitions of the North Korean regime.”

Meanwhile, Stephens asserts, Trump has acted like a service lackey toward Kim, endlessly praising a man who executes or imprisons anyone who dares speak a word of dissent:

“The dictator that Trump can’t stop praising is the same man who had his half-brother murdered in plain sight and demanded a $2 million payment for the ‘medical care’ of the late Otto Warmbier, the young American who was released from North Korea in a vegetative state. The right word for such behavior is evil.

“There may be no good answer to the challenge of North Korea, but there are plenty of bad ones. Trump seems eager to grasp them all. And unlike the bomb that was the Plaza deal, these ones could detonate”

With every day he remains in office, Donald Trump makes this country less safe and endangers the peace and freedom of the entire world.