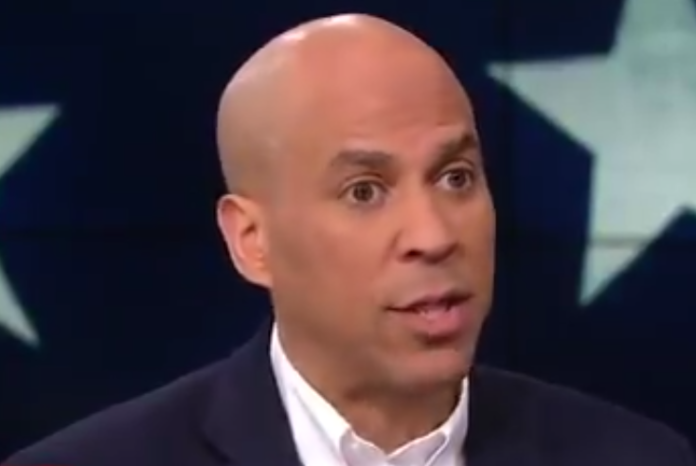 Senator Cory Booker (D-N.J.) spoke at length about his 2020 Democratic presidential platform on Monday with CNN host Poppy Harlow, presenting a “justice for all” vision that is the complete opposite of President Donald Trump’s justice for a few agenda.

Booker is running in a race with over a dozen Democrats, each of whom is fighting to rise above the pack to become the party’s nominee in 2020. The New Jersey senator’s campaign revolves around the promise of justice for everyone, especially economic justice, criminal justice and environmental justice, all of which he spoke about.

“I think a lot of Americans just feel like this country’s not working for them, whether it’s economic justice or our broken criminal justice system,” Booker said. “We have millions of kids right now who are not experiencing environmental justice, lead in the water. There’s a lot of folks saying there’s a basic lack of fairness going on in our country and we need to get back to having opportunity for all, basic justice for all and I think we have a lot of themes we’ll be talking about over the next couple weeks.”

At the center of Booker’s platform is a living wage, which he argued should at least start at $15 an hour so that Americans don’t have to rely on government aid to get by, but economic justice also includes affordable college so that people can rise in society without dealing with crushing student loan debt, and a dignified retirement.

“The ideal in this country should get back to justice for all, economic opportunity for all,” he concluded. “A country where we all can come together and don’t have presidents who divide us. At the end of the day, I pray this election doesn’t boil down to one person and one office. It should be about all of us. It should not be about beating Republicans but uniting Americans for the cause of justice and opportunity.”

2020 candidate Sen. Cory Booker tells @PoppyHarlowCNN his ‘justice for all’ vision includes “a living wage for everyone,” and “affordable college.” https://t.co/AFINOO2nWG pic.twitter.com/e34NyvQkMj

His platform is certainly popular. The only problem is that he’s in a field with a lot of popular Democrats who share the same platform planks, including Senators Bernie Sanders (D-Vt.) and Elizabeth Warren (D-Mass.). He also faces the rising popularity of South Bend Mayor Pete Buttigieg and a possible run by former Vice-President Joe Biden.

Booker’s agenda is admirable and very much needed, but he’s going to have to do more to stand out if he wants the nomination.