The United States Blues
Home News Dan Rather obliterates Trump claim that he has nothing to hide as... 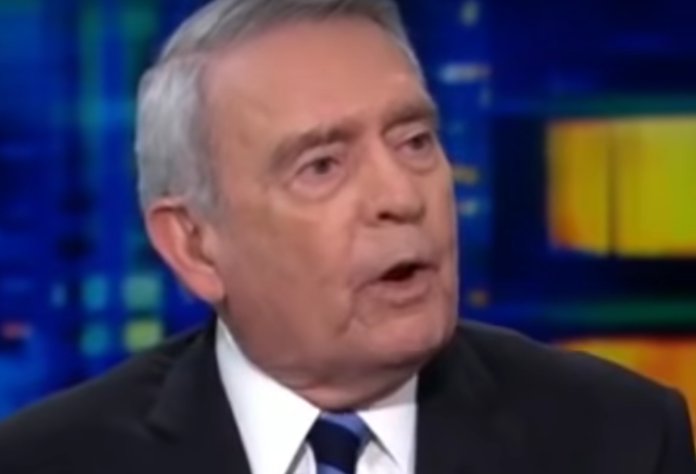 Legendary news anchor Dan Rather echoed many Americans on Tuesday night by asking why President Donald Trump is keeping the full Mueller report from being released if he has nothing to hide.

Trump has repeatedly claimed that the report “totally exonerates” him, but has flip-flopped from previously saying he wants the full report released to insisting that everyone move on and forget about it.

But the American people deserve to see the full report, which actually does not exonerate Trump according to Attorney General William Barr’s own four-page summary of the 400 page document.

House Intelligence Committee chairman Adam Schiff (D-Calif.) certainly believes Trump should order the full report be released, calling him out earlier in the day for being a coward who knows the report will be damaging, which is why he has kept it from the public so far.

During an interview with Don Lemon on CNN, Rather also torched Trump for claiming he has nothing to hide.

“If it completely exonerates him, as he has falsely claimed, what is the big deal?” Lemon asked. “Now one can speculate — and it’s clear speculation — that one reason President Trump has reversed himself is that members of his staff were telling him, ‘Look, this is good news, we’re good thus far, but don’t get too far out there because there are things in the report, there certainly could be things in the report that will be contrary to your best interests.’”

Rather responded by taking Trump to task for being a pathological liar.

“You have the president — today, he lied. I hate to use the word, but he lied,” Rather said. “He lied about Puerto Rico saying we sent $91 billion there, which is not anywhere near the amount of money we sent there. But, you know, he takes the attitude, if he lies often enough, enough people will believe it to keep him in good standing for this presidential term and put him well positioned for the next presidential term. Time and time again, you see him use this technique, which he says I have nothing to hide.”

If Trump truly did nothing wrong, he should have released the full report by now. He has the power to order it released. But he won’t because he most certainly has something to hide that he doesn’t want Congress or the American people to see. And that’s why this country can’t move on and forget about it no matter how badly Trump wants us to.