The United States Blues
Home News Democratic Senator: House Republicans ‘one bad email away’ from being guilty of... 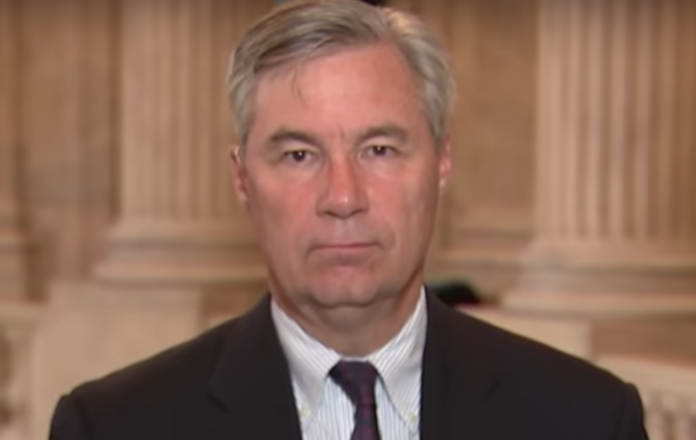 Senator Sheldon Whitehouse (D-R.I) put House Republicans on notice this week by revealing that they are “one bad email away” from being busted for committing obstruction of justice in the Russia investigation headed by Special Counsel Robert Mueller.

For the last two years when they controlled the House, Republicans went to great lengths to protect President Donald Trump, even going so far as to act like spies for him, attack the FBI and Justice Department, and ignore witnesses and evidence to put out a pathetic report falsely declaring Trump’s innocence, all in an effort to undermine Mueller.

Rep. Devin Nunes (R-Calif.), as chairman of the House Intelligence Committee, repeatedly went to the White House to brief Trump and pass him information on the committee’s investigation, forcing him to recuse himself later on although he would later return. And when he did, he released a memo accusing the FBI and DOJ of inappropriately obtaining FISA warrants, a memo that would later be rebutted by Democrats because the GOP used misleading information and did not provide any context to prove their claims.

House Republicans then prematurely ended the committee’s investigation by refusing to pursue more leads and put out a report exonerating Trump. But again, it’s clear Republicans did not care about the facts or the evidence. They ignored it because they did not like what they were discovering. It was all about covering for Trump and protecting him. And the only reason why House Republicans have not been charged with obstructing justice yet is that one piece of evidence has yet to be uncovered.

According to Whitehouse, that piece of evidence could easily be an email or some other communication revealing that House Republicans purposely rigged the investigation from the start so they could undermine the Russia probe from within to help Trump.

“Whether it amounts to criminal conduct, clearly the efforts of the House Republicans were designed to impede and throw sticks into the spokes of the Mueller investigation,” he said during a podcast. “To discredit it, foul it up, to provide alternative narratives, potentially even to communicate to potential witnesses or jurors their alternative narratives and thereby influence the proceedings … all of that.”

“The only thing that stops that being a crime is the contact with Trump’s lawyers and the corrupt intent,” Whitehouse concluded. “The other elements are all there. You can show in abundance that they tried to interfere with the Mueller investigation. Whether they did that with the requisite corrupt intent, we’re one bad email away. It definitely needs to be investigated.”

In this clip from new @SkullduggeryPod, @SenWhitehouse says House GOP efforts to “throw sticks in the spokes” of the Mueller probe “definitely needs to be investigated,” adding “we’re one bad email away” from proving obstruction. @dklaidman pic.twitter.com/OdAuQSKFdS

And House Democrats have the power to do just that since they now control the various committees, including the House Intelligence Committee and the House Oversight Committee. That means they can subpoena communications between House Republicans and the White House to find out if they colluded to undermine and discredit a federal investigation. Now it’s time to ask House Republicans to show us their emails.