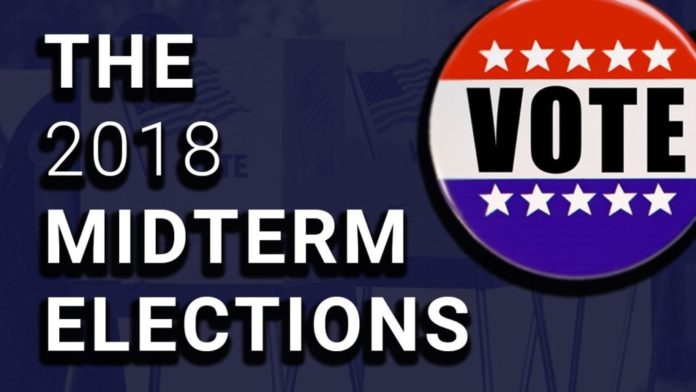 As the 2018 midterm election draws closer with each day, much of the attention remains on Washington and whether or not Democrats will be able to retake both houses of Congress as a result of low approval ratings for both President Trump and incumbent members of his party.

But Democrats aren’t putting all of their eggs in one basket when it comes to the midterms. There’s also a renewed focus on statehouses across the country.

As Politico reports, Democrats are focusing on the basics, and that approach is paying big dividends:

“The party’s dominance — it’s flipped 35 seats, and is hoping to make it 36 next week in a Florida House race — is also the result of old-fashioned political organizing. Nuts and bolts steps like funding year-round staff on the ground in the states, designing digital fundraising platforms, training volunteers, screening résumés for campaigns around the country and, of course, collecting huge checks.”

What Is The DLCC?

Though it was created a quarter of a century ago, many Democrats aren’t familiar with the Democratic Legislative Campaign Committee (DLCC), but it serves as the hub for state legislative campaigns. For 2018, the DLCC is planning to spend as much as $35 million in key state races in states ranging from Florida to Texas.

“The thing that’s surprising to them is they’ve known us forever, but now we’re able to show up to the table with a lot more resources. Part of what we’re having to do is orient [local Democratic leaders] to say, ‘Play big, create big competitive maps, we’ll help you fund the infrastructure, and we’ll come in and invest with our partner groups.’”

The new approach by Democrats to retake political control of statehouses is being fueled in large part by tremendous voter interest and coordination with activist groups that are also eager to see a blue wave in 2018:

“The burst of voter interest and money in statehouse races and gerrymandering has shocked Democrats, including those working with former Attorney General Eric Holder at the National Democratic Redistricting Committee (on whose board Post sits). Planned Parenthood is getting involved, as are the League of Conservation Voters and other groups. The new Forward Majority super PAC has promised to put $100 million into state races. The Democratic National Committee has pitched in with infrastructure and staff in several races.”

Democrats are also seeing large infusions of cash, which are essential to being competitive in any election. In particular, online donations are booming: In 2015 the DLCC raised $492,000 online, but that figure jumped to $2.77 million in 2017, which suggests lots of tech-savvy younger voters are getting involved and opening their wallets as a way to fight back against the damages they see being done by Republicans.

In the end, as Post was quick to point out, Democrats can’t compete locally if they don’t have well-organized and well-funded campaign organizations: