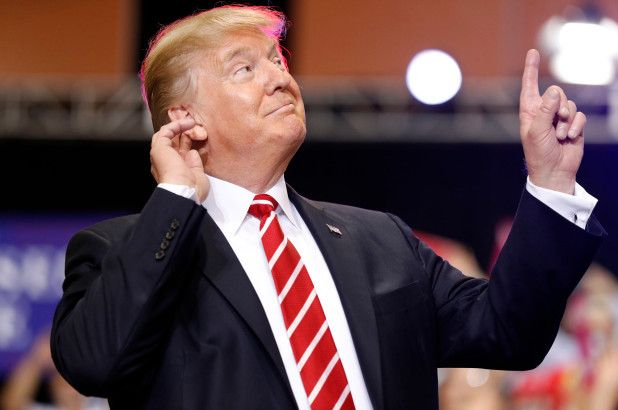 House Democrats are considering legislation that would eliminate the current Department of Justice (DOJ) rule that prohibits the indictment of a sitting president, according to The Hill:

In response to the special counsel’s report, Democrats are piecing together a package of legislation focused largely on shielding elections from foreign influence, including proposals to bar candidates from accepting foreign help of any kind, while making it mandatory that campaigns alert the FBI when such offers are extended.

But some lawmakers want to press further, eying legislation to nullify the Department of Justice’s (DOJ) long-standing determination that presidents cannot be charged with federal crimes while they remain in office.

Rep. Gerry Connolly (D-VA) confirmed that such a bill is indeed being considered:

Those comments were echoed by Rep. Hakeem Jeffries (D-NY), who noted:

“It strikes me as a reasonable thing to consider.

“It’s fair to say that one of the options we should consider is revisiting that Department of Justice rule so you don’t have a rogue and lawless president immunized from criminal prosecution.”

“The special counsel’s office is part of the Department of Justice, and, by regulation, it was bound by that department policy. Charging the president with a crime was therefore not an option we could consider.”

Of course, any bill crafted in the House would likely face a certain death in the Senate, which is controlled by Republicans. But Rep. Dan Kildee (D-MI) said a vote against such legislation could be politically risky for members of the GOP:

“If I were a Republican member of the Senate, I wouldn’t want to have to explain why the president is not subject to the laws of the United States.”

Considering how willing Republicans have been so far to shield Trump from any responsibility for his actions, they might just be willing to leap off the cliff with him like good little lemmings.