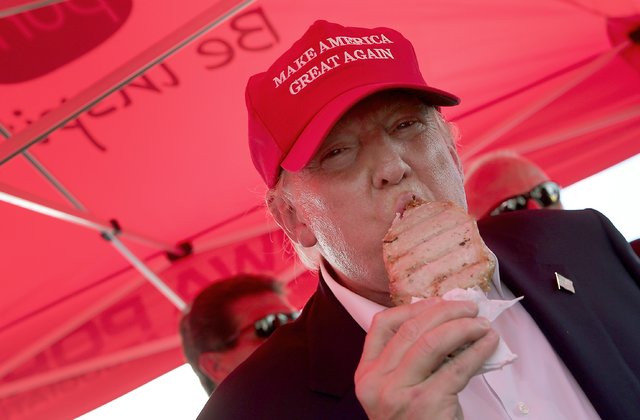 Out of nowhere over the weekend, President Donald Trump dropped by Walter Reed hospital, setting off speculation that he might be having issues with his health. And even though the White House said the entire matter was routine, a cardiologist who has treated former Vice President Dick Cheney says that explanation doesn’t comfort him in the least.

“It’s a little bit unusual. Almost everything that is usually done in a presidential physical like this, can be done in the White House at the White House medical unit. So, it doesn’t really make a lot of sense why the president would travel to Walter Reed on a Saturday afternoon for this kind of testing.

“A spontaneous medical exam is uncommon, raising the question of whether there was something specifically at issue that required an evaluation on Saturday.”

So what could be the actual reason for Trump to be taken to the hospital on such short notice? Though he admitted he was only speculating, Dr. Reiner remarked:

“You go to a hospital, like Walter Reed, for testing that is not available in the White House. That would include things like CAT scans, a test like a stress test. Those things are detailed procedures that would need to be done in a place like Walter Reed. and a routine exam for us, just sort of check the president’s height and weight can be done on the ground floor of the White House.”

All of this, Reiner concluded, suggests there is a much more serious issue with the president’s health:

“The source at the White House told me they had drawn quite a bit of blood. Last year when the president had his physical exam in February, the president’s cholesterol was significantly high, and the president’s physicians appropriately increased his statin medication.

“Think about this, the president of the United States has access to multiple physicians on-site, on Saturday afternoon goes unannounced to a medical center. It’s worrisome. It’s worrisome.”

As with everything concerning Donald Trump, instead of facts we get lies from the administration. Is it any wonder so few people believe a word that comes from this White House or president?