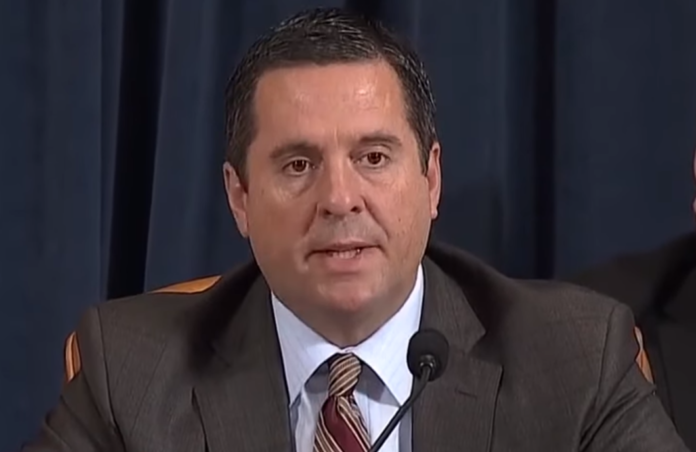 In his opening statement, Nunes suggested that the entire matter of Russia interfering in the 2016 election was actually a cleverly disguised campaign of misinformation to hide the fact that it was Ukraine that attempted to help Hillary Clinton win the last presidential election.

Specifically, Nunes referenced the discredited work of John Solomon, who used to work for The Hill. Solomon has been spewing specious reports about the Russia investigation and 2016 election for months now, but is no longer employed by The Hill. Just last week, the online publication announced it would conduct a factual review of all Solomon’s reports on Ukraine.

But to hear Nunes tell it, The Hill’s actions are part of a conspiracy to destroy the Trump presidency:

“The Hill told its staff yesterday that it would conduct a review of Solomon’s Ukraine reporting — and this is just three days after a Democrat on this committee told a Hill writer that she would stop speaking to The Hill because it had run Solomon’s stories. And she urged the writer to relay her concerns to The Hill’s management. So now that Solomon’s reporting is a problem for the Democrats, it is a problem for the media as well!”

Actually, lies and bad reporting are a problem for everyone. And Nunes is worried that some truth about the massive campaign of bogus conspiracy theories spun by Fox News and others will be exposed.

The California Republican ended his remarks with this:

“The media, of course, are free to act as Democrat puppets and they are free to lurch from the Russia hoax to the Ukraine hoax at the direction of their puppet masters. But they cannot reasonably expect to do so without alienating half the country who voted for the president that they are trying to expel.”

Someone needs to tell Devin he’s got his tinfoil hat on way too tightly. Clearly, no blood is getting to his brain.