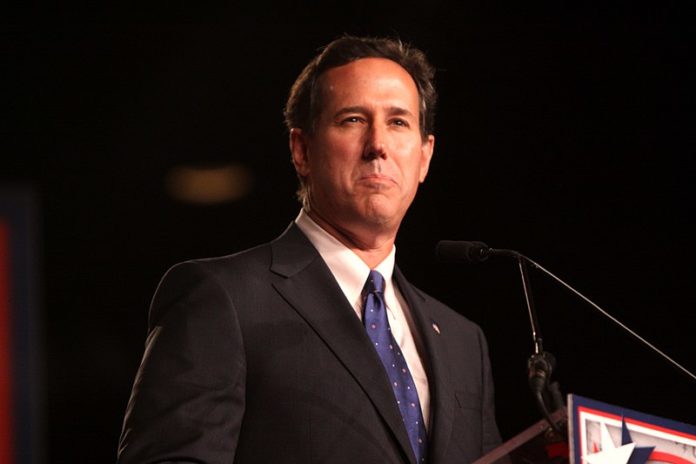 Former Pennsylvania Republican Senator Rick Santorum should stick to politics instead of telling students how to treat gunshot victims.

On Sunday, Santorum viciously attacked the millions of students who participated in the worldwide March For Our Lives protest against gun violence by telling them to learn CPR instead.

“How about kids, instead of looking to someone else to solve their problem, do something about maybe taking CPR classes or trying to deal with situations where there is a violent shooter,” Santorum said on CNN.

And that’s when real health professionals from around the country weighed in, and they showed no mercy to Santorum as they schooled him on Twitter about how CPR is useless when a gunshot victim is bleeding out.

As a surgeon, I’ve operated on gunshot victims who’ve had bullets tear through their intestines, cut through their spinal cord, and pulverize their kidneys and liver. Rick Santorum telling kids to shut up and take CPR classes is simply unconscionable.

time to be treated by Trauma surgeons (and come out alive). Trust me, I know. I started med school as a teen & never forgot my first GSW. CPR DID NOT SAVE HIM NOR COULD WE, bc there is really nothing to be done when you receive a bullet in the heart. He was 17yo. #Docs4GunSense

Having operated on multiple GSW’s to the chest during the Parkland Massacre…
Duct tape for the hole in the heart or one in the Lung would have worked better than CPR.
Should students carrry that around also? @meganranney #NeverAgainMSD pic.twitter.com/jWQolNmnuJ

Here are some stats made simple for Rick Santorum:
Survival rate of pulseless trauma victims who get CPR at the scene: VERY, VERY LOW
Survival rate of people who don’t get shot in the first place: MUCH, MUCH BETTER

Rick Santorum next: Rather than trying to disarm North Korea, let us just all learn CPR

1. Kids can learn 2 things at once.
2. But prevention of a gunshot wound is bettee than treatment
3. And by the time you get you CPR, the patient is dead https://t.co/6FmAghh9Bi

When someone has been shot in the chest and you start compressions, the blood may spray out the bullet wounds back at you. @thosewecarry #docs4gunsense https://t.co/i8lpY9qvUr

I say this with a certain amount of authority having spent most of my professional life as a pediatric intensivist and have cared for children injured by gunshots, many of whom never made it home. #Docs4GunSense

Yeah, Santorum would have been better off keeping his mouth shut.

Instead of consulting the NRA for distracting rhetoric, Santorum should consult doctors before going on television to embarrass himself.