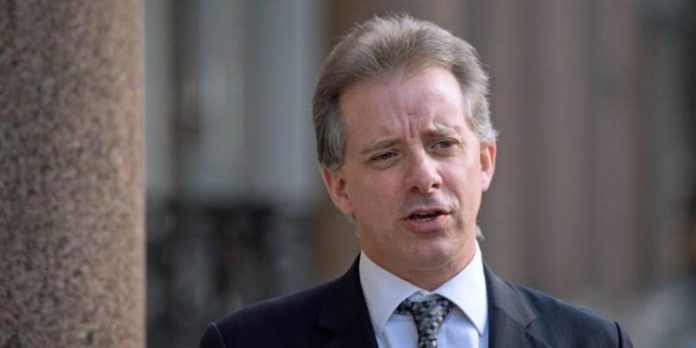 The Department of Justice inspector general, Michael Horowitz, has decided that the author a controversial dossier about President Donald Trump compiled during the 2016 campaign is credible and has extended his internal investigation as a result, Politico reports:

The extensive, two-day interview took place in London while Trump was in Britain for a state visit, the sources said, and delved into Steele’s extensive work on Russian interference efforts globally, his intelligence-collection methods and his findings about Trump campaign adviser Carter Page, who the FBI ultimately surveilled. The FBI’s decision to seek a surveillance warrant against Page — a warrant they applied for and obtained after Page had already left the campaign — is the chief focus of the probe by Horowitz.

The interview was contentious at first, the sources added, but investigators ultimately found Steele’s testimony credible and even surprising. The takeaway has irked some U.S. officials interviewed as part of the probe — they argue that it shouldn’t have taken a foreign national to convince the inspector general that the FBI acted properly in 2016. Steele’s American lawyer was present for the conversation.

The fact that Horowitz considers Steele to be credible also runs counter assertions made by Trump and his defenders that the dossier was just a scurrilous hit job meant to destroy the president by insinuating that he had ties to Russia and might have been compromised as a result of sexual escapades he engaged in with hookers while visiting Moscow for a beauty pageant he sponsored.

Reuters reports that after interviewing Steele, Horowitz made a decision to extend his probe of the investigation done by the FBI and Special Counsel Robert Mueller into the 2016 election and Russia’s attempts to benefit the Trump campaign:

One of the two sources said Horowitz’s investigators appear to have found Steele’s information sufficiently credible to have to extend the investigation. Its completion date is now unclear.

Mueller’s report, which was released on April 18, detailed numerous instances of contacts between the Trump campaign and Russian nationals. However, it did not find enough evidence to bring charges of a criminal conspiracy.

The Mueller report also listed at least ten instances when President Trump tried to impede or end the special counsel’s probe. Those could well constitute obstruction of justice and result in Trump’s impeachment.

For now, we know that Trump’s claims of the dossier and its author being “bogus” are not the least bit true. That alone suggests that the president is hiding something.