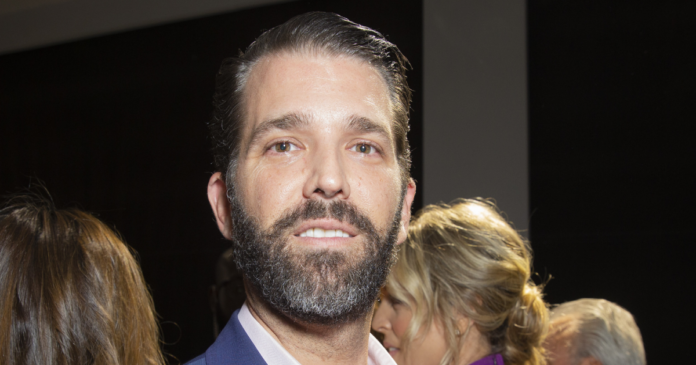 Donald Trump Jr. absolutely loves to involve himself in politics, whether it’s meeting with Russians at Trump Tower to acquire “dirt” on Hillary Clinton or tweeting out praise for his father. Junior even helped campaign for Republican candidates in the 2018 midterm election, and considering how that turned out for the GOP, it’s safe to say that Junior isn’t exactly much help when he’s on your side.

One of the races Don Jr. was actively involved in was a Senate seat in West Virginia, where coal magnate Don Blankenship of Massey Energy was seeking the GOP nomination. Junior went all in and even began referring to Blankenship as a “felon” due to the coal baron’s conviction for safety violations at mines he owned.

And now Blankenship is pulling a Trump and suing every news organization or individual who dared to refer to him as a felon, even though he is.

According to a court filing in Mingo County, West Virginia, Blankenship claims there was a campaign of “weaponized defamation” that cost him the nomination. That filing reads in part:

“So too is the establishment media’s bloodthirsty desire to destroy those with whom they disagree politically. We live in an age of weaponized defamation where lies can be repeated in more ways at more times in more places with more speed than anyone could possibly have imagined even five years ago, much less 1964 when the seminal case in the areas of defamation of public figures was decided.”

What exactly does the failed GOP Senate candidate want? Money, of course:

“In his latest lawsuit, Blankenship accuses Trump Jr. (and up to 50 anonymous defendants) of defamation and conspiracy to defame as well as false light invasion of privacy/conspiracy. He seeks general and special damages as well as a permanent injunction prohibiting republication of the defamatory statements and requiring removal of those statements from public access. He also seeks punitive damages, damages for emotional distress, interest and other relief.”

Blankenship told the West Virginia Record he didn’t want to sue the president’s son, but he had no choice:

“We did not want to sue Trump Jr., but he left us no choice. He slandered me just days before an election for a U.S. Senate seat. This is entirely unacceptable as it deprived West Virginia voters of a fair election.

“’Fake News’ – whether spread by CNN, Fox or Trump Jr. – has to be stopped. President Trump himself has said that ‘Fake News’ is an enemy of the people.”