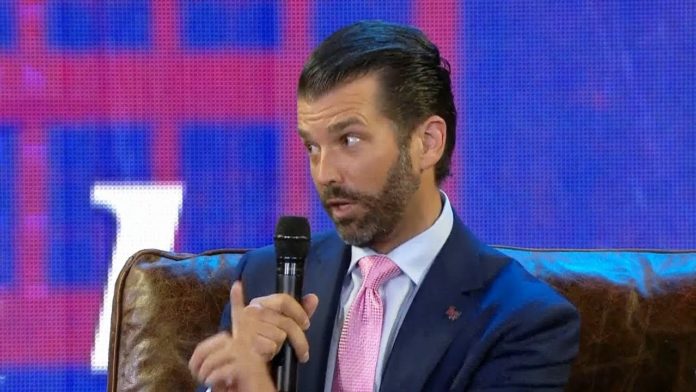 While former Special Counsel Robert Mueller was testifying before the House Judiciary Committee on Wednesday, President Donald Trump’s son, Don Jr., was tweeting up a storm, with most of his posts and retweets attacking Mueller, a decorated Vietnam war veteran. 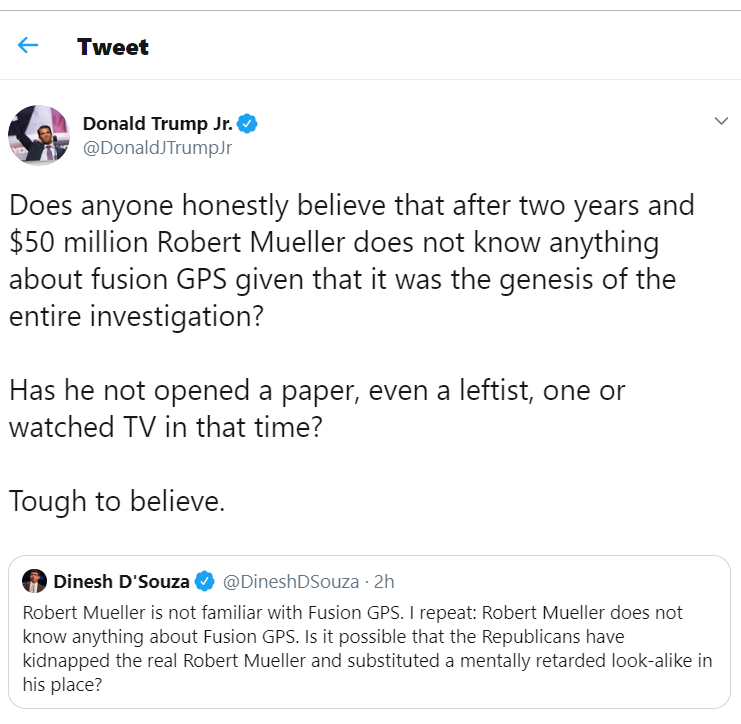 Much like his father, Junior is always willing to prove his own heartless disregard for others. He has no problem attacking someone he disagrees with merely for a cheap laugh.

But Don Jr. was immediately pelted with reminders that Mueller had also said his report didn’t exonerate the president:

Biff – did you invoke the 5th or not? Answer the question you coward.

He said he can’t answer it. But, he did say your dad obstructed Justice multiple times.

Well, you could tell your Dad to instruct his pet AG to write to Mueller and have him tell everything he knows…he could then answer the question but let’s not be disingenuous and claim he’s being evasive when he’s following the guidelines the DOJ set for him,

The funniest thing to me is that you actually believe that you are smart….

Does anyone who has read the Mueller report believe it exonerated Trump? No, no they don’t Biff.

The Trump administration has had over 20 convictions so far (Obama had 0). And Mueller is trying not to interfere with current investigations as prosecutors do. More jail time to come.

I wouldn’t be quoting @DineshDSouza.

Definitely not a good source unless you want suggestions on how to get through prison.