The United States Blues
Home News During visit to Chicago, Trump claims ‘Afghanistan is a safe place by... 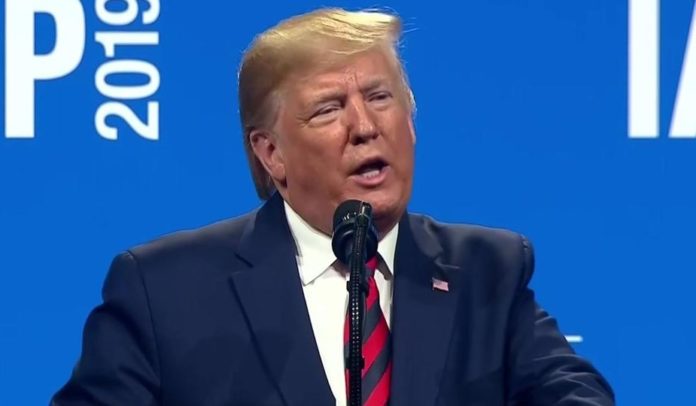 While visiting Chicago to deliver a speech at the International Association of Chiefs of Police Annual Conference on Monday, President Donald Trump lashed out at Chicago Police Superintendent Eddie Johnson, who chose to boycott the event.

“Chicago has the toughest gun laws in the United States. That doesn’t seem to be working too well, does it? A lot of you people know exactly what I mean. But under Johnson’s leadership, they certainly don’t protect people.”

The president then suggested that Afghanistan was safer than the Windy City:

“It’s embarrassing to us as a nation all over the world, they’re talking about Chicago. Afghanistan is a safe place, by comparison. It’s true.”

Trump then alleged that Johnson doesn’t “side” with the people of Chicago:

“Police officers of Chicago are entitled to a police superintendent who has their backs and knows what he’s doing. You’re entitled to a police superintendent who sides with you, with the people of Chicago. The people want this with the families of Chicago, not the criminals and the gang members that are here illegally, and not the stupid politicians that have no idea what the hell they’re doing.”

As you’d expect, Trump couldn’t resist bringing up the impeachment inquiry, comparing it to actor Jussie Smollett, who blamed Trump supporters for beating him: