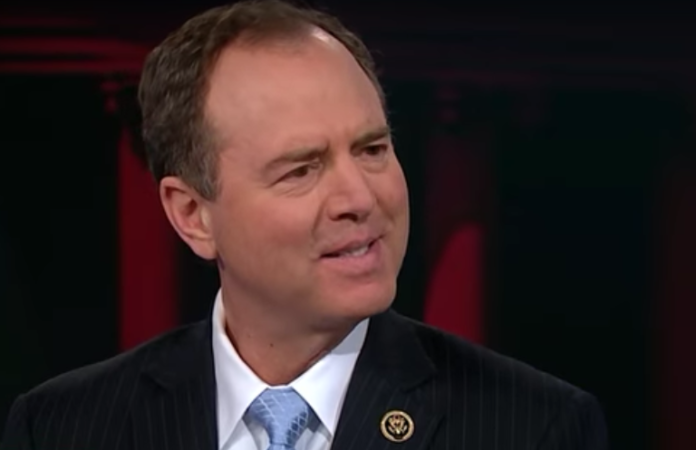 Rep. Adam Schiff (D-Calif.), the ranking Democrat on the House Intelligence Committee, said that the Russia probe revealed evidence that President Donald Trump may have committed collusion and obstruction.

Earlier this month, Republicans on the committee voted along party lines to release a memo written by Trump stooge Rep. Devin Nunes (R-Calif.) that accused the FBI and Justice Department of improperly obtaining a FISA warrant to conduct surveillance on members of Trump’s campaign in 2016.

Democrats immediately cried foul because the GOP memo left out important details and evidence. Instead, Republicans chose to present a one-sided story in order to give Trump an excuse to undermine Special Counsel Robert Mueller’s investigation.

Democrats have since tried to release a rebuttal memo that could very well blow apart the GOP effort to help Trump. But could it also contain some damning evidence as well?

If so, it could be one reason why Trump refused to release it.

But while the House Intelligence Committee may not be able to release the evidence against Trump yet, Schiff told reporters on Wednesday that there is an “abundance” of it, including evidence of collusion and obstruction of justice.

Citing his experience as a former prosecutor, Schiff said that the key to finding more evidence lies with following the money trails that may exist between the Trump campaign and the Russians.

Of course, that if the House Intelligence Committee gets the cooperation they need to actually follow it.

“It is a tried and true maxim. As a former prosecutor, you follow the money. We have not been able to adequately follow the money. And I think the allegations on money laundering are credible enough that we ought to, in the exercise of due diligence, see if this was one of the other vectors of the Russian active measures campaign.”

Senator Ron Wyden (D-Ore.), the ranking Democrat on the Senate Finance Committee, is trying to follow the money himself. He recently sent a letter to Treasury Secretary Steve Mnuchin requesting documents related to real estate deals Trump made with Russians.

Schiff then pointed out that the Russians often use money laundering as leverage to use against unwitting participants, which concerns him.

“Probably the most significant thing that we can do to protect ourselves in 2018 requires a couple of things. It requires the commander in chief to decide this is a priority and to instruct all of its relevant cabinet officials to develop a game plan to protect against foreign interference in our elections. It requires that we develop a nonpartisan, bipartisan consensus that if a foreign power meddles again we will all reject their interference no matter who it helps or who it hurts.”

Thus far, Mueller’s investigation has ensnared four Trump campaign members, which resulted in two indictments and two plea deals. Legal experts believe that Trump’s firing of former FBI Director James Comey could constitute obstruction of justice and a lot of attention has been paid to a Trump Tower meeting that at least three Trump campaign members took with Russians in June 2016 to get “dirt” on Trump’s challenger, former Secretary of State Hillary Clinton from the Kremlin.

So even though Schiff can’t share the evidence the committee has, we can make a reasonable guess that the two examples above are part of the case against Trump.

And if investigators are able to follow the money, Trump could be in a world of trouble.