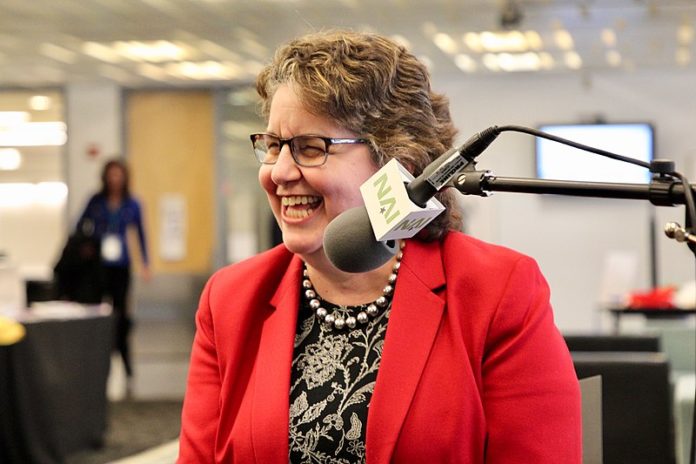 President Donald Trump made bogus claims about voter fraud during his rally in Manchester earlier this week to explain how he lost in New Hampshire by a few thousand votes to Hillary Clinton in 2016. And he got called out for it by FEC chairwoman Ellen Weintraub.

Clinton won the state by only 3,000 votes or a .4 percent margin, and clearly Trump still isn’t over losing the popular vote three years ago because he continued to whine about it, claiming that voters came in from out of state to vote and that the state was “taken away” from him.

Trump lost the popular vote by nearly 3 million votes, and he has been obsessed with crying voter fraud ever since.

But FEC chairwoman Weintraub didn’t let Trump get away with his lies, so she wrote him a letter demanding proof.

“You have not, so far, provided any proof of these allegations,” she wrote, referencing a previous letter she wrote to him asking for evidence to back up his claims.

“What I wrote to you in March 2017 is just as true now: Our democracy depends on the American people’s faith in our elections<” Weintraub continued. “Your voter-fraud allegations run the risk of undermining that faith. Just as seriously, baseless allegations of fraud have been used to rationalize indefensible laws that deter certain U.S. citizens from exercising their right to vote. Words matter, and facts matter.”

“The American people are ill-served when our leaders put forward unfounded allegations of voter fraud,” the FEC chair concluded before advising Trump in a way that a casino owner would understand.

“To put it in terms a former casino operator would understand: There comes a time when you need to lay your cards on the table or fold,” she said.

In this letter, I ask him to back up his claims in terms a former casino operator should understand: “There comes a time when you need to lay your cards on the table or fold.” pic.twitter.com/vkddT1jGmH

Weintraub is charged with protecting the integrity of American elections. If voter fraud were as rampant as Trump claims, she would know about it. But it’s not because it’s very rare in our country.

Of course, if Trump’s disapproval numbers in New Hampshire hold out through the 2020 Election, his false voter fraud argument definitely won’t fly, because while Clinton only won the state by 4 points, voters in the state now disapprove of him by 26 points.