The United States Blues
Home News Trump now has negative approval rating in Utah and Texas along with... 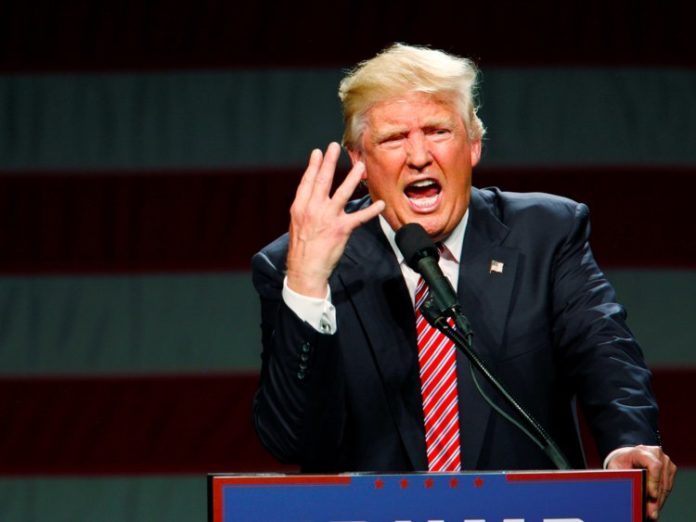 Republicans across the country should be freaking out right now because a new poll shows President Donald Trump’s approval rating is so bad that he now has negative numbers in Texas and Utah in addition to 10 key battleground states he won in 2016.

And Trump’s recent approval ratings in several states makes it clear why.

In 2016, Trump managed to win Wisconsin, Michigan and Pennsylvania, which put him over the top to beat Hillary Clinton. But each state disapproves of Trump by double-digit margins, Pennsylvania by 12 points, Michigan by 11 and Wisconsin by 10.

That’s not a good thing for a president who constantly claims to be beloved in those states, where Trump promised to bring back manufacturing jobs that have not materialized.

In fact, Trump’s trade wars have only made things worse.

But Trump is also having trouble in North Carolina, where voters disapprove of him by nine points. He is even down in Florida by three points and in Georgia by five points.

All of these states were clobbered by hurricanes and Trump has done little to help them recover. Again, his climate policy only makes the situation worse, as do his immigration policies.

In Virginia, voters disapprove of Trump by a whopping 17 points. That’s more than the five point margin Clinton won the state by three years ago.

The situation for Trump is even worse in New Hampshire. While Clinton won the state with just a .4 percent margin in 2016, voters disapprove of Trump by a staggering 26 points.

And that’s not all. If Trump thinks he is safe in traditional Republican strongholds, he should think again because even they hate him, albeit narrowly.

In Utah, voters disapprove of Trump by three points and Texas disapproves by one point.

Texas is particularly concerning for Republicans right now and even election experts think they should be worried because the state could turn blue.

Trump should also worry about Iowa, a state that voted for Obama in 2008 and 2012. While Trump won it in 2016, voters there disapprove of him by four points.

A big shock, however, is Arizona, which disapproves of Trump by nine points.

There is still more than a year before the 2020 Election takes place, but Trump has demonstrated time and time again that that only gives him more time to make people hate him even more. His approval rating is in the toilet. His top Democratic opponents are leading him strongly in the polls and he is clearly losing support in swing states and even the reddest of states. That’s not only bad news for Trump, it’s bad news for every Republican running on the ticket under him.

Because while Obama did not try to take revenge on Democrats who tried to distance themselves from him in some states, Republicans fear distancing themselves from Trump out of fear that he will retaliate. And so, they will have to wear Trump around their neck like a one-ton weight that will drag them under with him.