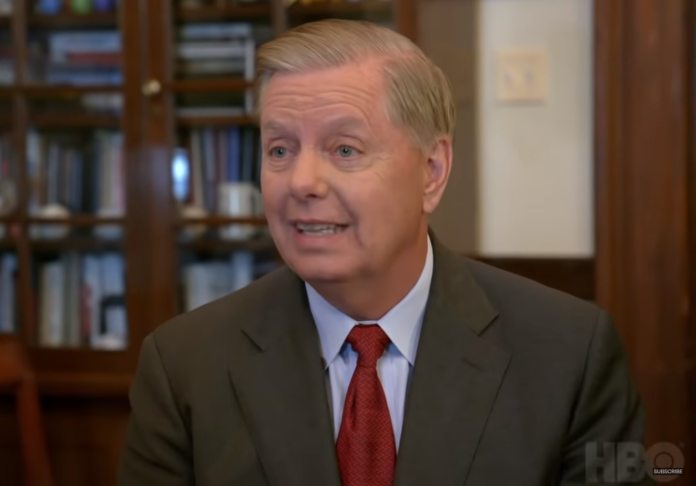 Senator Lindsey Graham (R-SC) has reversed himself (again!) and now says he could indeed support impeaching President Donald Trump if a convincing “quid pro quo” in Trump’s dealings with Ukraine is presented to him.

“Sure. I mean … show me something that … is a crime. If you could show me that … Trump actually was engaging in a quid pro quo, outside the phone call, that would be very disturbing.”

However, in the next breath, Graham said that Trump’s pressuring of Ukrainian President  Volodymyr Zelensky to investigate former Vice President Joe Biden and his son, Hunter, at the same time the administration was withholding hundreds of millions in U.S. military aid was “not impeachable,” adding:

“I’ve read the transcript of the Ukrainian phone call. That’s not a quid pro quo to me.”

Graham also noted that Trump’s asking China to investigate Biden when speaking to reporters at the White House was “stupid.”

“Nobody believes that China would be fair to Biden, Trump, me or you, or anybody … I think that’s a frustrated Trump.”

HuffPost reports that Graham has repeatedly flip-flopped on his support and criticism of Trump:

Graham also expressed his anger about Trump’s decision to pull American troops out of Syria earlier this month and abandon Kurdish allies to a Turkish invasion. He called the move “dishonorable” and a “shit show.”

Despite those harsh words, Graham sent this tweet Friday:

Appreciate being given an update by @VP Pence on the Trump Administration’s efforts in Syria. The Vice President, Secretary of State, and their teams are trying to create a win-win in Syria.

Sounds like Lindsey is back to his usual trick of trying to be on both sides of every issue.