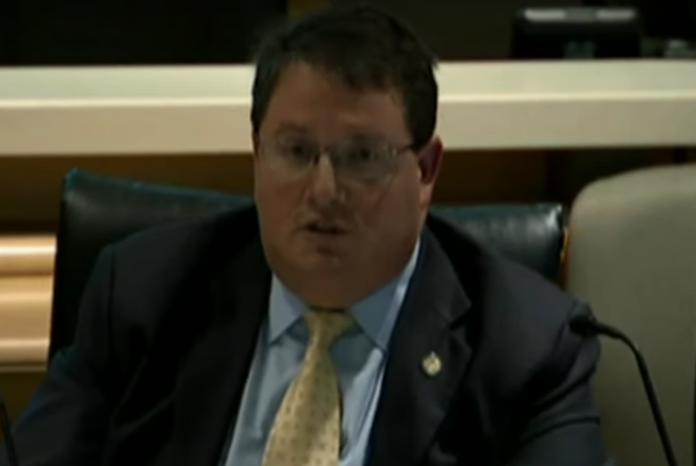 Florida state GOP Rep. Randy Fine viciously attacked a Jewish Facebook user this week for criticizing the Israeli government by referring to him as a “Judenrat,” a term used to describe Jews who collaborated with the Nazis during World War II.

Paul Halpern attended a progressive panel discussion about Israeli-Palestinian relations, which are at their lowest ever as Israel continues to take land from Palestinians and commits genocide against them in one of the worst human rights violations in history.

After Halpern praised the event, Fine launched his assault, claiming that there’s no such thing as Palestine and accused the event of being anti-Semitic.

“I was at the event,” Halpern responded. “I am Jewish. There was nothing anti-Semitic said. Questioning the policies of the Israeli government is not anti-Semitic. Many people from various organizations were invited to speak and chose not to. Three of the five panelists were Jewish. YOU, Rep. Fine, were not there.”

Republicans across the country all the way up to President Donald Trump have been hurling accusations of anti-Semitism against anyone who criticizes Israel for its treatment of Palestinians and for its influence over the United States government.

Fine then demanded to know what congregation Halpern belongs to and called him a “Judenrat”.

“What congregation do you belong to?” he asked. “Don’t remember meeting you before. #JudenratDontCount.”

“That is the most offensive thing ever said to me,” he said. “You have no business representing anyone. Where can I meet you in person so you can call me that to my face?”

But Fine just doubled down in response and claimed that anyone who supports boycotting Israel isn’t a real Jew.

“I know that Judenrat liked to keep tabs on all the Jews in order to report back to the Nazis back in that time, but no one is making you continue that tradition today,” Fine said. “Just because someone says they are a Jew doesn’t mean they are one. Those who support BDS aren’t Jews.”

Phil Stasik, who is president of the progressive group that sponsored the event, also condemned Fine’s words.

“We’re extremely disappointed by the use of hate speech that has so poisoned the discourse in our country,” Stasik said. “And it’s exceedingly disappointing coming from an elected representative. It’s clearly hate speech and is unacceptable.”