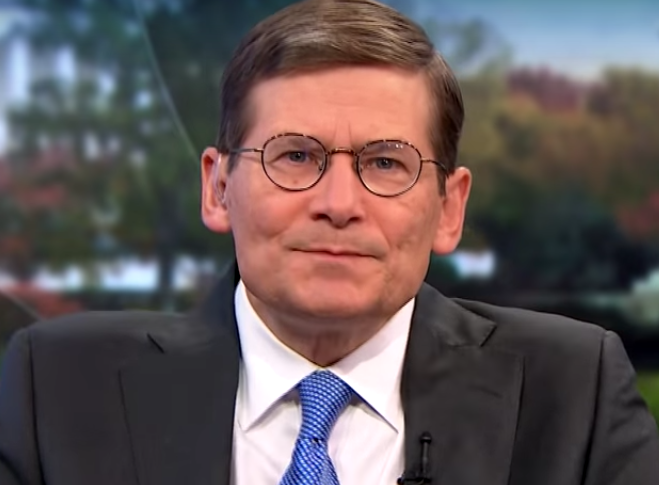 President Donald Trump and Attorney General William Barr are engaged in a witch hunt against the CIA for daring to investigate Russian interference during the 2016 election, and that enrages former CIA Director Michael Morell enough that he condemned it.

Morell served in the CIA for 33 years starting in 1980, eventually rising to top positions during the George W. Bush administration and becoming the Director under former President Barack Obama.

So if anyone is qualified to comment on Trump ordering Barr to investigate the CIA for doing its job, it’s Morell.

In an op-ed for the Washington Post, Morell warned that Trump and Barr are making it harder for our top intelligence agency to protect our country.

“From his very first day in office, President Trump has had a strange and, at times, strained relationship with the U.S. intelligence community,” Morell wrote. “The president and his political aides have often challenged the honesty and integrity of the community, damaging morale, undercutting its mission and making the already difficult challenge of uncovering threats to our nation even harder.”

“But, by putting the CIA’s analytic judgment (that one of Russia’s objectives in interfering in the 2016 election was to help then-candidate Trump) into the crosshairs of the Justice Department, as reported by several news organizations, the president and Attorney General William P. Barr are crossing another line,” he continued.

Morell pointed out that such an investigation has never been done before. Oversight of the CIA is performed by the Inspector General or by Congress, not the Justice Department. And certainly not by a Trump lackey just because Trump holds a petty grudge. If the CIA were ordered to probe the DOJ or FBI, Barr likely wouldn’t be happy about the way his house is being treated.

“What I am arguing is that the Justice Department has no standing to review the CIA’s analytic judgment,” he wrote. “The whole idea is inappropriate and dangerous. It is certainly unprecedented, and there are good reasons it has never been done before. If the shoe were on the other foot — if a senior intelligence community official were asked to review decisions made by the FBI and career prosecutors — how do we think the attorney general, or career prosecutors, would react? With loud protests, no doubt.”

Trump is clearly throwing a tantrum and is trying to punish the intelligence community for looking into his misdeeds with Russia, and Morell warns that his actions are weakening the institution that works hard every day to keep us safe from future threats.

“There seems to be an erroneous belief among some that if the analysts had not come to the conclusion that Putin was trying to help Trump, there would not have been an FBI counterintelligence investigation into the Trump campaign,” Morell concluded. “A Justice-led review of the quality of intelligence analysis represents yet another weakening of the intelligence community as an institution. The country could be paying for these kinds of decisions for years to come.”

Trump is the top threat to our national security. The CIA can’t do its job if Trump and his lackeys are getting in the way. Russia is going to try to meddle with the 2020 Election and we need the CIA on the front lines to prevent them from doing so. Make no mistake, Trump knows that, and that why he is attacking them now.