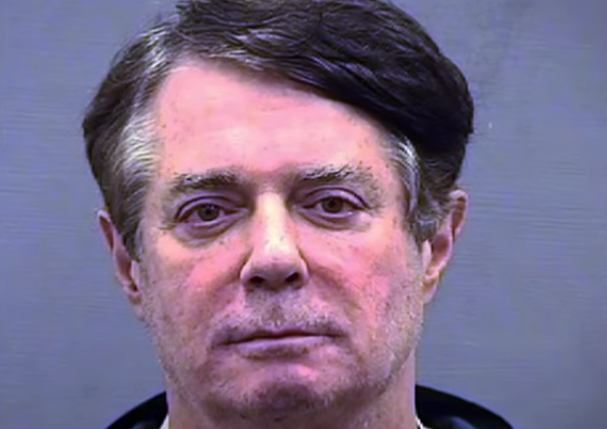 A federal judge has ruled that President Donald Trump’s former 2016 campaign manager violated the terms of his plea deal on Wednesday, leading former federal prosecutor Mimi Rocah to state that she now has “no doubt” that Paul Manafort colluded with Russia.

Special Counsel Robert Mueller had agreed to a deal with Manafort in exchange for truthful testimony about his activities with and connections to Russia during the campaign, which would have spared Manafort many years of prison time. But prosecutors busted him for lying and took him back to court to get the plea deal voided.

And the judge did exactly that after ruling against Trump’s associate, who now faces ten years behind bars.

U.S. District Judge Amy Berman Jackson, who is overseeing the Manafort case in a Washington court, found there was a “preponderance” of evidence that Manafort lied on three different topics, including his communications with his former business partner Konstantin Kilimnik, whom prosecutors say has ties to Russian intelligence. Kilimnik has denied such ties.

The judge found that Manafort lied about his interactions with Kilimnik including about the sharing of polling data on the Trump campaign and their discussions over a “Ukrainian peace plan,” a proposal that envisioned ending U.S. sanctions on Russia – long an important objective of Russian President Vladimir Putin’s government.

“Prison can be a rough environment, especially if you are not used to it,” Williams began. “But I also know that there is nothing feds like less than entering a deal with someone who goes back on that deal. So this can be, in effect, a death sentence for him.”

“Prosecutors don’t tear up cooperation agreements lightly, it’s something that they do when they think the lying has been intentional, significant, material, serious,” Rocah replied, explaining that Manafort has already been found guilty of additional crimes and still faces another trial where he could be found guilty of more. “I just want to point out, what did he lie about? It seems like specifically, he was lying about the fact that they were continuing to discuss this Ukrainian peace plan — which is really just another way of saying sanctions relief, we can just fit that in there — even while he was Trump’s campaign adviser and for several meetings afterwards.”

“So that’s one of the core pieces that he lied about and the other piece, it seems, is about the transferring of this poll data,” Rocah concluded. “The two pieces we have all been talking about — relief from sanctions and Russian interference in the election — those are the two things that he lied about. And that just sends off red flashing signals and I really think it’s almost beyond a doubt in my mind that Manafort conspired with the Russians. It’s still a question of who is he protecting by lying — if anyone — and why?”

Indeed, who is Manafort trying to protect? That’s a question that prosecutors will likely ask and Manafort might still be able to shave some time off his sentence by revealing that information. If that person just so happens to be Donald Trump, the Russia investigation will have busted the conspiracy wide open and Senate Intelligence Committee chairman Richard Burr will have egg on his face.