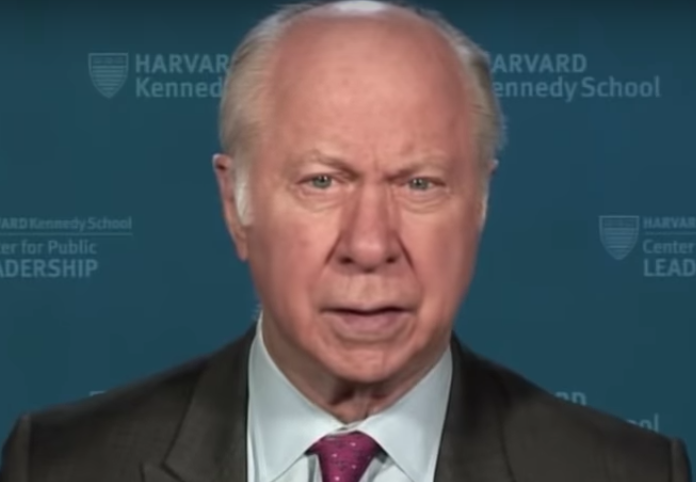 As President Donald Trump prepares to make July 4th all about himself, longtime presidential adviser David Gergen took him to the woodshed for it.

Trump couldn’t have his military parade last year, so he’s decided to hijack Independence Day and turn it into a narcissistic day centered around him instead of a day to celebrate the birth of our nation.

Basically, the colonists freed themselves from tyranny only for a tyrant to take over 243 years later.

Gergen, who served under four presidents, rebuked Trump on Sunday night during an appearance on CNN.

“It’s wildly inappropriate for the president to attend and speak at the event,” Gergen began. “This is not his Fourth of July, it’s our Fourth of July, that belongs to all Americans. And to have the president take charge and plan this address is just — it goes against the grain, and this is what tinpot dictators dream of doing. The president of the United States needs to show restraint and respect for the nation’s traditions. Especially on The Fourth of July.”

Trump intends to move the fireworks to the Lincoln Memorial where he plans to deliver a speech. Again, because he wants to make July 4th all about himself instead of the nation.

“One of the things that stuck out was that the president wants to move reportedly the fireworks from the mall to be closer to the Potomac, so he can address the country from the Lincoln Memorial,” host Alex Marquardt observed, pointing out that Trump is focusing more on this than he is on policy. “That image of President Trump on those famous steps, how does that feel to you?”

“There’s just no comparison in terms of how sort of tacky it feels,” Gergen replied. “I want to go back to another thing you said. This president has a lot of responsibilities we elected him to take care of. And right now there are fires burning all over the world. His trade deals with China, what’s going on with Venezuela, in North Korea, what the Russians are up to, and, you know, Iran. All those fires. They take more of the president’s time — they should take all of his time, he has to get these under control for the country and the world.”

Television networks should refuse to cover Trump’s event. It has no value for our country. It only serves to divide, which is not what the Fourth of July is supposed to be about.