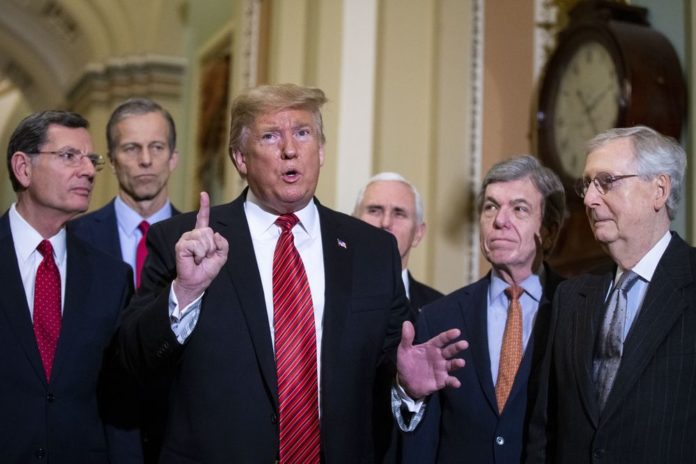 It’s a question that’s been asked since the House impeachment inquiry began: If articles of impeachment are drawn up against President Donald Trump, will the GOP-controlled Senate merely dismiss the charges in a show trial where the outcome is already predetermined?

Scaramucci also noted that Republicans in the U.S. Senate will turn on Trump and force him to leave office:

“The criminal activity will be so great that the GOP, and there will be 20-plus senators who’ll say, ‘OK, I can’t take this anymore.'”

Referencing what happened with former President Richard Nixon in 1974, Scaramucci said he thinks Senate Republicans will tell Trump he can either resign or be convicted in the upper chamber of Congress:

“That will eventually happen. And that’s the reason why he’s pressurized.”

As HuffPost notes, Scaramucci has been increasingly critical of Trump in recent months:

Scaramucci initially remained a Trump supporter even after being fired in 2017, often defending the president in media appearances. But over the summer, he turned on Trump, writing a scathing op-ed in The Washington Post in which he vowed to work against his reelection.

Since then, he’s only stepped up his rhetoric.

President Trump has “turned our foreign policy decisions into a personal transaction.” – Former White House Communications Director Anthony Scaramucci weighs in on the Ukraine scandal and the President’s decision to pull US troops from northern Syria https://t.co/SCU8EJ0nHe pic.twitter.com/mhwJBLPKX3