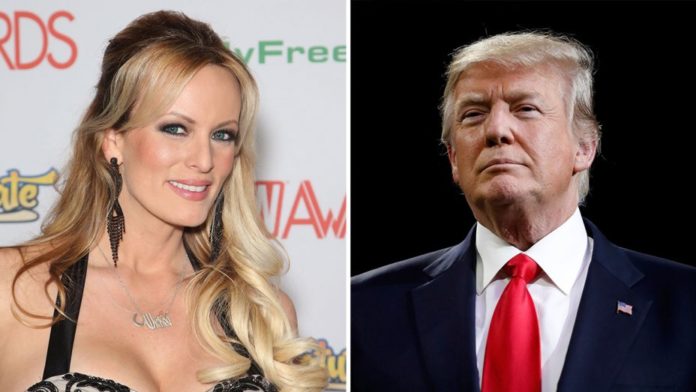 A Fox News reporter had concrete proof that a payoff had been made by Donald Trump to adult film star Stormy Daniels before the 2016 election, but was told the story would run on the network because Fox chairman Rupert Murdoch didn’t want to harm Trump’s candidacy, The New Yorker reports.

Fox reporter Dawn Falzone obtained documents showing that Trump’s former attorney and “fixer,” Michael Cohen, had been in contact with a lawyer representing Daniels who said money had been offered to her in exchange for her silence, but then-Fox News executive Ken LaCorte told Falzone her story was being spiked:

Falzone, however, keep digging, and found even more, eventually discovering:

“The National Enquirer, in partnership with Trump, had made a ‘catch and kill’ deal with Daniels—buying the exclusive rights to her story in order to bury it. Falzone pitched this story to Fox, too, but it went nowhere. News of Trump’s payoffs to silence Daniels, and Cohen’s criminal attempts to conceal them as legal fees, remained unknown to the public until the Wall Street Journal broke the story, a year after Trump became President.”

Months later, Falzone’s efforts on the Trump-Daniels payoff story actually got her demoted by Fox:

“In January, 2017, Fox demoted Falzone without explanation. That May, she sued the network. Her attorney, Nancy Erika Smith, declined to comment but acknowledged that a settlement has been reached; it includes a nondisclosure agreement that bars Falzone from talking about her work at Fox.”

Some have suggested that had the Stormy Daniels story run prior to the election, Trump would have been defeated by Hillary Clinton.

Murdoch also allegedly used his connections to Trump to help facilitate an expedited sale of Fox’s entertainment assets to Disney:

“After only six months of deliberation, the Trump Administration approved Fox’s bid to sell most of its entertainment assets to Disney, for seventy-one billion dollars. The Murdoch family will receive more than two billion dollars in the deal, and will become a major stockholder in the combined company. The Justice Department expressed no serious antitrust concerns, even though the combined company will reportedly account for half the box-office revenue in America. Trump publicly congratulated Murdoch even before the Justice Department signed off on the deal, and claimed that it would create jobs. In fact, the consolidation is projected to result in thousands of layoffs.”

All of this raises a larger question: Who is actually running the United States? Donald Trump or Rupert Murdoch, a man who wasn’t elected to anything?