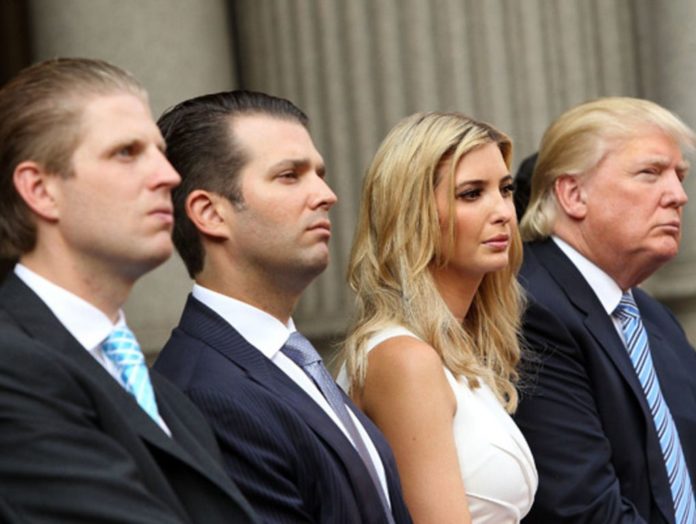 You’ve probably seen GOP strategist Rick Wilson during one of his appearances on MSNBC, and he’s also the author of Everything Trump Touches Dies, which may well be the best title ever conceived of for a book about President Donald Trump.

In a column he wrote for The Daily Beast entitled “Trump Is on the Iron Throne, and American Democracy Is Dead,” Wilson brilliantly skewers the entire Trump family, noting that some seem to believe they should be America’s royal family, a dynasty of dunces, grifters, and wannabes:

“For Republicans eager for the next, inevitable step of Trumpism and tired of some musty 240-year-old Constitution getting in the way of rallies, rage-tweeting and lib-owning, I’ve got a modest proposal: Why not end this republic, and launch a glorious new era of royals and royalty, where a man who behaves like a king can actually be one and govern as he desires?”

Yes, exactly! We threw off the shackles of royal rule when we broke away from Great Britain, so it only makes sense to return back to a dynasty of Trumps as far as the eye can see.

And that’s when the incredibly acidic Wilson wit takes over, and he begins exposing the Trump royal line for what they really are: Pretenders to a throne, or even to humanity for that matter:

“Princess Ivanka and royal consort Jared of the House of Kushner hold government jobs of no discernible function but of enormous consequence. Why? The walls of Castle Trump keep that secret, thank the gods. Nevertheless, the two have the ear of the King and are literally above the law when it comes to security clearance laws, ethics rules, and the use of federal offices to enrich themselves. Those things aren’t wrong in the new world. They’re just part of Trumpian droit du douchebag.

“While Trump treats Princess Tiffany as if she were the daughter of a chambermaid and Eric the Slack-jawed as if he should be sent as a hostage to some other royal house, it’s Don Jr. who is the current heir apparent, already emulating the King in every tangible way. He’s behind on wives and mistresses, but he’s got time.”

In other words, Wilson concludes with a flourish of spite, it’s time for the GOP to become a party of royalist worshipers who genuflect whenever their orange-haired savior or one of his chosen spawn enters a room:

“And so, my Republican friends, it’s time to embrace monarchy. Let your id be your guide, your past be a memory, and Trump be your King. Bend the knee. You’ve gotten quite good at it.”