The United States Blues
Home Activism GOP Tax Plan Will Come to Vote Despite its Assault on Women’s... 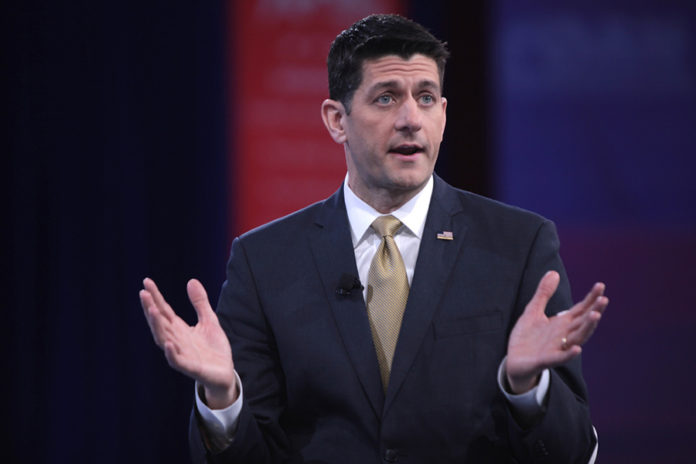 Did you know that a solid majority of Congressional Republicans do not have your best interests at heart?

If you didn’t before, you know now: The two GOP tax plans being debated in Congress contain language declaring that human fetuses are legal persons for federal tax purposes.

Yes! You read that correctly! Not only does the GOP tax plan include policies that will save corporate America billions over the next decade, but it also actively works to take away women’s right to choose.

Let me repeat that. This GOP tax plan is an assault on middle and lower-income Americans and on women’s reproductive rights. On top of that, the bill includes a partial repeal of the Affordable Care Act that will throw an estimated 13 million Americans off of health insurance.

The Supreme Court and states have rejected fetal personhood. Congressional Republicans don’t care. In fact, having Congress or federal courts declare fetal personhood has been one of the top goals of the anti-abortion movement for decades.

This is because U.S. law is full of rights and protections that are given to persons, or entities – such as corporations – whose behavior has human attributes. And, even more alarming: as illustrated by the case of corporate personhood, once that characterization becomes commonplace in law, it’s pretty much impossible to reverse.

The fact that the GOP is attempting to sneak this language into major tax legislation virtually unnoticed is absolutely horrifying.

“The GOP has chosen to hide this deeply unpopular and extremely dangerous provision deep in the tax code where they think no one will find it. If it goes unnoticed and passes into the final bill, it will have succeeded where they have always failed; in establishing a definition of when life begins that goes against legal precedent, science, and public opinion.” – Ilyse Hogue, president of NARAL Pro-Choice America

Do you know what I call it? Violence against women.

Here’s what Hogue calls it: fundamentalism and the will of dominionist Christians. The goal is, as Hogue puts it, “to exercise dominion over society by taking control of political and cultural institutions.”

The sweeping tax bill has become the perfect vehicle to create fetal personhood, and the anti-choice movement knows it. Jeanne Manchini os March for Life told Politico, “The proposed tax plan is a huge leap forward for an antiquated tax code, and we hope this is the first step in expanding the child tax credit to include the unborn child as well.”

Hogue notes that other proposals in the tax bill cut student debt relief under current law and would newly tax graduate school tuition grants. The bill, in other words, penalizes students and academia.

Christian dominionist politicians are all over Congress.

“Cruz and other national pols compromise the tip of a very large, but hard to measure political iceberg. There are untold numbers of dominionist and dominionism-influenced politicians and public officials at all levels of government and who even after leaving office, shape our political discourse.”

Roy Moore is a shining example of such a politician.

And guess what? These politicians know what they’re working against the will of women.

That is because we won’t stand for it. It is integral neither bill passes. The House bill is currently the most urgent matter. Please, call or text your Senators and Representatives.