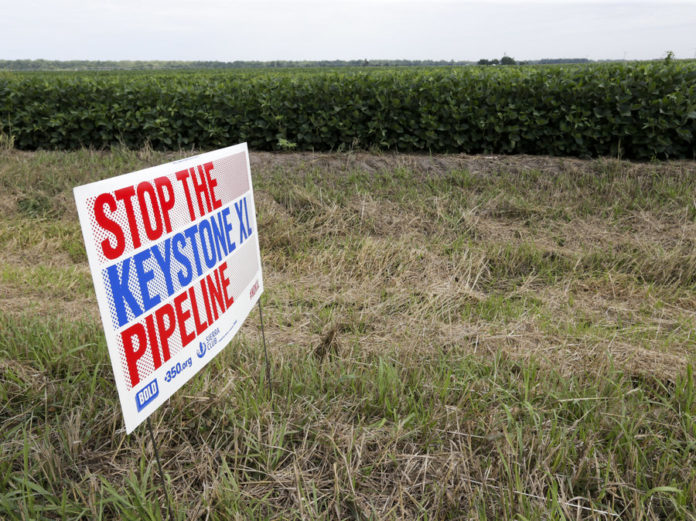 The inevitable has happened.

The Keystone pipeline leaked an estimated 210,000 gallons of oil in Northeastern South Dakota. The company responsible for the pipeline, TransCanada Corps, reported the spill along with state regulators on Thursday.

Officials say that the pipeline, which carries oil from Canada to refineries in Illinois and Oklahoma, was shut down on Thursday morning. The spill has reportedly not affected drinking water, according to officials.

Crews shut down the pipeline on Thursday morning and activated emergency response procedures when they detected a drop in pressure resulting from the leak, The Guardian reports.

“Ultimately, the cleanup responsibility lies with TransCanada, and they’ll have to clean it up in compliance with our state regulations.” – Brian Walsh, environmental scientist manager at the South Dakota department of environment and natural resources.

Officials argue that because the spill occurred on agricultural land, no surface water bodies or drinking water systems have been threatened. The land where the spill occurred, however, has arguably been rendered toxic, and TransCanada ought to have a plan to decontaminate the soil. Otherwise, how can we trust that these pipelines do not pose a threat to environments everywhere? What happens the next time when a spill occurs near a large source of drinking water?

Not the First Spill

Quite honestly, the news of the spill is horrifying. It foreshadows exactly what those resisting such pipelines have feared from the start.

The Keystone pipeline transports crude oil from Alberta, Canada to refineries in Illinois and Oklahoma. It passes through the eastern Dakotas, Nebraska, Kansas, and Missouri. It is capable of transporting nearly 23 million gallons of oil, daily.

TransCanada claims on its website to have transported more than 1.5 billion barrels of oil, or about 63 billion gallons, through the pipeline since 2010.

The Keystone Pipeline is part of a massive 2,687-mile system that will also include the proposed Keystone XL pipeline.