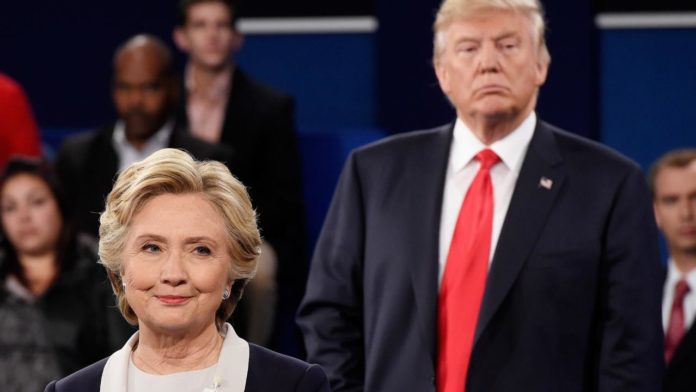 2016 Democratic presidential nominee Hillary Clinton couldn’t resist reminding President Donald Trump that his administration is one of the most corrupt in modern history after he claimed Monday that Google had tried to help her win the 2016 election.

Wow, Report Just Out! Google manipulated from 2.6 million to 16 million votes for Hillary Clinton in 2016 Election! This was put out by a Clinton supporter, not a Trump Supporter! Google should be sued. My victory was even bigger than thought! @JudicialWatch

As you might expect, the president’s accusation doesn’t stand up to fact checking, as CNN noted:

(Trump) was referring to a study by psychologist Robert Epstein, which was discussed on Fox Business earlier on Monday.

Epstein himself says Trump was wrong about his findings. Epstein did find “bias” in Google search results, but he says there is no evidence Google “manipulated” the results to favor Clinton. Also, critics of the study note that there is no definitive link between search results and voting behavior in presidential elections.

Bottom line: Trump saw something on Fox, took it to be true without doing any research, grabbed his cell phone, and started tweeting.

In response, Clinton had this reminder for Trump:

The debunked study you’re referring to was based on 21 undecided voters. For context that’s about half the number of people associated with your campaign who have been indicted. https://t.co/0zHnWvGjSv

And it didn’t take long before others joined the party and began giving Clinton an online standing ovation for brilliantly throwing shade at the Donald:

When the real President smacks down the fake one. https://t.co/lAbAykAbWr

Clearly, Trump is still furious that Clinton beat him by nearly 3 million votes. He won, but that’s just not enough for him. But in the future, he might want to keep his petty barbs to himself or again face the wrath of Hillary.