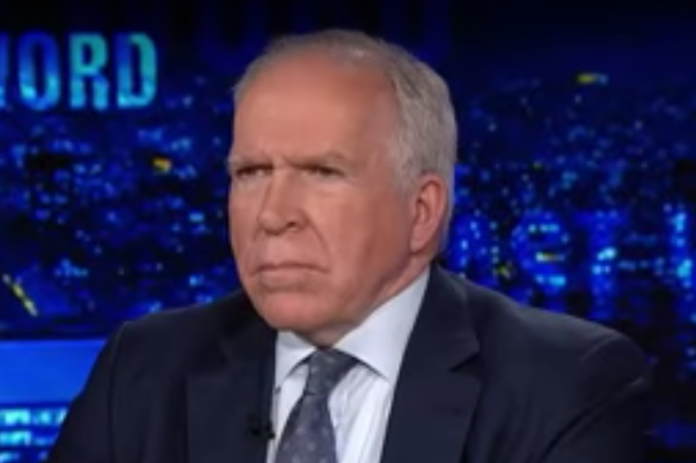 Former CIA Director John Brennan predicted that Special Counsel Robert Mueller could announce major indictments as early as Friday and that members of President Donald Trump’s family would be the targets.

As Mueller prepares his final report to conclude the Russia investigation, one of the questions he has not addressed is whether anyone in Trump’s inner circle, including Trump himself, conspired with the Russians to win the 2016 Election.

When asked about his predictions during an interview on MSNBC Tuesday night, Brennan used his experience and national security expertise to opine that Mueller is making sure he farms out remaining loose threads to other federal prosecutors.

“I think Robert Mueller wants to be able to conclude his work and turn over the investigative threads to the Southern District of New York, the Eastern District of Virginia and other jurisdictions as appropriate,” Brennan said. “We’re coming up to two years — I think he does want to conclude that.”

He then explained that he thinks new indictments could drop this Friday, observing that next Friday would be too dramatic for Mueller since it would be March 15th, otherwise known as the Ides of March, which is the notorious day Roman emperor Julius Caesar was assassinated in 44 BC.

Mueller would understandably want to avoid any kind of symbolic comparisons.

“I wouldn’t be surprised if, for example, this week on Friday — not knowing anything about it — but Friday is the day the Grand Jury indictments come down,” he said. “And this Friday is better than next Friday, because next Friday is the 15th of March, which is the Ides of March, and I don’t think Robert Mueller will want to have that dramatic flair of the Ides of March when he’ll be delivering, what I think are going to be indictments, the final indictments, as well as the report to the attorney general.”

Brennan went on to point out that he thinks there are more indictments to come because Mueller has not addressed conspiracy collusion and surmised that Mueller is holding on to these indictments for last because they involve members of Trump’s family.

“If anybody from the Trump family, extended family, is going to be indicted, it would be the final act of Mueller’s investigation because Bob Mueller and his team knows if he were to do something, indicting a Trump family member or if he were to go forward with indictment on criminal conspiracy involving U.S. persons, that would basically be the death of the special counsel’s office, because I don’t believe Donald Trump would allow Bob Mueller to continue in the aftermath of those types of actions,” he concluded.

Brennan’s logic is sound. Not only about the timing of releasing such indictments but about saving them for last. Trump is vindictive and vengeful and has tried to order Mueller’s firing before only to be stopped by former White House counsel Don McGahn, who is no longer there to stop him. Mueller isn’t just going to tip his hand early and put the whole investigation in jeopardy. He’s building a case before he puts the final nails in the coffin. To put it in terms Trump will understand, Mueller has been indicting people for two years and it’s all leading up to a series finale during which Trump and several members of his family are the last ones standing waiting to hear whether they are getting the boot. Unfortunately for them, all of them will likely lose.