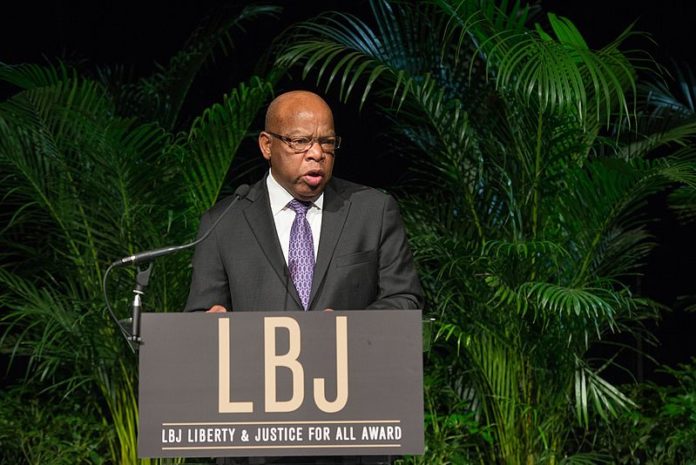 The Mueller report dropped on Friday, followed immediately by a united Democratic Party demanding the full report be released to Congress and the public in the name of transparency because anything left out will be seen as a cover-up.

During her show on Saturday, Joy Reid expressed concern to Lewis that Barr could bury the report and deliver a summary that seems to exonerate Trump even though the report doesn’t.

Lewis vowed that Democrats will not rest until the full report is released, remarking that Americans “have a right to see what is in the entire report, not a sanitized copy.”

The civil rights icon went on to affirm his support for issuing a subpoena for the whole document, but expressed that he has no confidence that Barr will do the right thing.

“I’m not confident,” Lewis said. “I believe in Mueller, but I don’t have the same feeling for Barr.”

“Do you believe that William Barr would potentially, just based on his confirmation hearings, the things he’s written about this beforehand — do you believe that there’s a possibility that he might just suppress the report?” Reid asked.

“It is my belief that he may just try to do what he needs to do to protect the president and the people who placed him in this position,” Lewis responded before telling Reid that not many Republican lawmakers are shocked enough by the Russia scandal to actually side with Democrats.

He concluded his remarks by predicting Trump will be impeached at some point because he’s “not legitimate.”

A poll taken last month shows that 68 percent of Americans want the Mueller report released to the public. And a recent Fox News poll reveals an even higher percentage.

Clearly, Barr must release this report in full or face charges of a cover-up that will make Trump look guilty. It’s the only way this goes down.