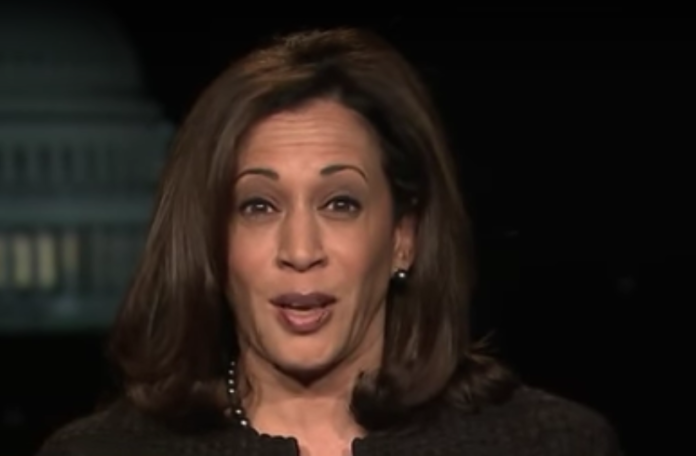 If Attorney General Jeff Sessions thinks he can declare war on California, Senator Kamala Harris (D-Calif.) is ready to fight.

During a speech to a law enforcement group this week, Sessions announced that his Justice Department is suing the state over sanctuary city laws designed to protect immigrants from President Donald Trump’s deportation squads.

Sessions not only accused California of wanting to nullify federal laws but also of wanting to secede from the union. While making these accusations, he referred heavily to the Civil War, suggesting that the federal government is preparing to send troops to the state to force Trump’s agenda upon it.

“California is using every power it has – and some it doesn’t – to frustrate federal law enforcement. So you can be sure I’m going to use every power I have to stop them. … I understand that we have a wide variety of political opinions out there on immigration, but the law is in the books and its purpose is clear. There is no nullification. There is no secession. Federal law is the supreme law of the land.”

When asked about Sessions’ remarks on Wednesday, Harris blasted him for having the gall to accuse California of nullification and secession when his own home state of Alabama actually did secede from the Union in 1861 and took up arms against the United States in defense of slavery.

“As far as I’m concerned, Jeff Sessions should be advised — and I’ll advise him right now — that it’s a bad idea, for him, to start talking about anything to do with the history of slavery or reconstruction or the Civil War in the United States. His credibility is pretty much shot on those issues.”

Indeed, Sessions has a history of racism and has largely opposed civil rights. Despite the fact that the Civil Rights Act and Voting Rights Act are the law of the land, Sessions continues to systematically weaken the civil rights division of the Justice Department. He also spent a large part of his career opposing voting rights.

Trump’s deportation squads are terrorizing the country, and have been for months. They are rounding up innocent people while denying them due process and violating their human and civil rights. California’s laws are designed to make sure Trump’s jack-booted thugs don’t ignore due processes such as getting a proper warrant or violate the privacy of business owners and their employees.

For example, an ICE agent can neither demand personal information about an employee nor search private areas of a business without a warrant. This is why we have the Fourth Amendment, which says:

“The right of the people to be secure in their persons, houses, papers, and effects, against unreasonable searches and seizures, shall not be violated, and no Warrants shall issue, but upon probable cause, supported by Oath or affirmation, and particularly describing the place to be searched, and the persons or things to be seized.”

By raiding businesses and homes without warrants, ICE is violating the Constitution at will. California’s laws merely force them to follow the Constitution, but they don’t prevent ICE from making arrests or tracking down undocumented immigrants.

They just have to do it the right way instead of Trump’s way. Harris said:

“This administration and Jeff Sessions in particular have clearly put a target on the back of California. And California’s going to fight. …