The United States Blues
Home National News Kushner was denied security clearance over fears he was compromised by foreign... 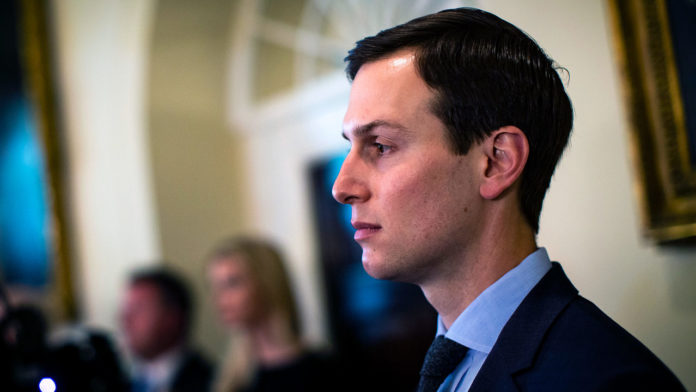 “The senior White House official whose security clearance was denied last year because of concerns about foreign influence, private business interests and personal conduct is presidential son-in-law Jared Kushner, according to people familiar with documents and testimony provided to the House Oversight Committee.

“Kushner was identified only as ‘Senior White House Official 1’ in committee documents released this week describing the testimony of Tricia Newbold, a whistleblower in the White House’s personnel security office who said she and another career employee determined that Kushner had too many “significant disqualifying factors” to receive a clearance.”

David Kris, a senior Justice Department official during the administrations of presidents George W. Bush and Barack Obama, said the revelation of why exactly Kushner was turned down for security clearance is significant and worrisome:

“The kinds of concerns that (Newbold) mentioned are very serious. Senior staff at the White House — and particularly relatives of the U.S. president — are incredibly attractive targets for our adversaries seeking to gather intelligence or exert covert influence.”

During an interview with Fox News host Laura Ingraham this week, Kushner scoffed at the notion that he might represent a risk to national security:

“But I can say over the last two years that I’ve been here, I’ve been accused of all different types of things, and all of those things have turned out to be false.”

The nations mentioned that might have sway over Kushner were the United Arab Emirates, China, Israel, and Mexico, according to former and current officials familiar with the matter.

House Intelligence Committee member Joaquin Castro (D-TX) noted that President Donald Trump is clearly not listening to security experts in his own administration:

“It shows a disregard for the national security of the country if the professionals in the intelligence community believed Jared Kushner shouldn’t get a security clearance, and the president overrode that decision to give him one.”

The White House refused to comment on the Post’s report.