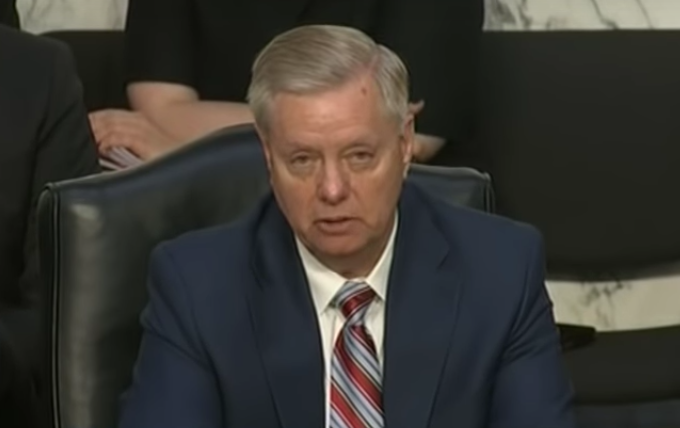 On Wednesday morning, ISIS took credit for a suicide bombing at a restaurant in northern Syria. The blast killed 15 people, including four Americans while Vice-President Mike Pence declared victory over ISIS during a speech in Washington DC to justify Trump’s dangerous decision to withdraw American forces from the fight.

ISIS is now emboldened by the prospect that American forces are surrendering the battlefield short of ultimate victory, and that was on full display today with this attack, an attack Trump had been warned would come because of his snap decision to end American involvement and prematurely proclaim victory.

Even Graham called Trump out for lying about ISIS being defeated, and he did it again during the hearing on Wednesday.

In a somber statement directed at Trump, Graham implored the president to change his mind about abandoning our allies in Syria and rebuked him for setting in motion the events that led to the deaths of American soldiers in Syria.

Indeed, the Kurds are so uncertain they are joining forces with Assad’s government forces to fight ISIS, and will likely not trust us in the future.

“I saw this in Iraq, I’m now seeing it in Syria,” Graham continued. “Every American wants our troops to come home, but I think all of us want to make sure when they do come home, we’re safe.”

“I don’t know how we’re ever going to be safe if people over there can’t sit down and talk to each other,” Graham concluded. “The only reason the Kurds, the Christians, and the Arabs were in that restaurant is because we gave them the space to be in that restaurant. Think what you want to about those people over there, they’ve had enough of killing. They would love to have the opportunity we have to fix their problems without the force of violence. I would hope the president would look long and hard where he’s headed in Syria. We’re never gonna be safe here unless we’re willing to help people over there who will stand up against this radical ideology.”

Graham is right. ISIS has made no secret that they intend to launch terrorist attacks in Europe and the United States. Abandoning the fight now without victory ensures that ISIS will regroup, regain their lost territories and start planning terrorist attacks overseas, some of which could kill innocent American citizens right here in the USA. Trump vowed to defeat ISIS, but he is content with turning tail and running away because Russia and Turkey told him to, and his recklessness resulted in American blood being shed. At the least, he should be ashamed of himself. At most, he should resign or be impeached for incompetence. Lives are at stake and Trump clearly does not care.

The question is, does Graham care enough to actually do something about it if Trump refuses to listen to him?