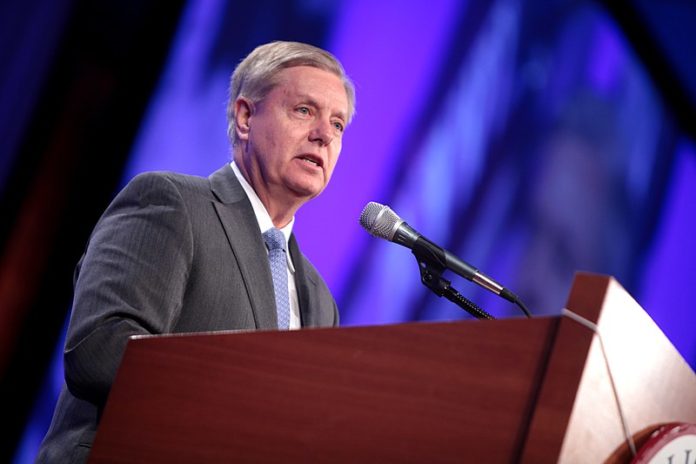 Despite Secretary of Defense James Mattis and the Chairman of the Joint Chiefs of Staff both suggesting American forces will remain in Syria for awhile to fight ISIS with our allies, Trump shockingly announced that our troops will be withdrawn, claiming that ISIS has been defeated without offering any evidence to back up his declaration.

Of course, this means Russia can take the field uncontested and help Syrian dictator Bashar al-Assad put down the rebels that have threatened his tyrannical rule. It also means ISIS can reestablish itself in the region because ISIS hasn’t really been defeated yet.

Withdrawal of this small American force in Syria would be a huge Obama-like mistake. https://t.co/atsjHUyJlB

With all due respect, ISIS is not defeated in Syria, Iraq, and after just returning from visiting there — certainly not Afghanistan.

President @realDonaldTrump is right to want to contain Iranian expansion.

However, withdrawal of our forces in Syria mightily undercuts that effort and put our allies, the Kurds at risk.

A decision to withdraw will also be viewed as a boost to ISIS desire to come back.

Indeed, retired General Mark Hertling backed up Graham’s criticism on CNN by pointing out that our armed forces just began an offensive against an ISIS stronghold in Syria, which means Trump is declaring victory prematurely.

“He can’t, truthfully,” Hertling said after being asked if Trump can declare such a victory. “This was very surprising to me, not only the announcement but the timing. I don’t understand why it is happening now. The U.S. Forces have just started an offensive with the Syrian defense forces and the Kurds against the town of Hajin, which is considered an ISIS stronghold… You’re talking about making both the Russians, the Syrian Bashar al-Assad, the Iranians and the Turks very happy about this move because the Kurdish forces are going to see this as us turning against them one more time.”

Hertling went on to observe that Trump’s decision appears to be a “transactional” arrangement with Russia and Turkey, two nations Michael Flynn lied to the FBI about contacts with and worked for as an unregistered foreign agent.

This isn’t a withdrawal. It’s a surrender unless it came with serious, verifiable strings attached vis-a-vis Russia, Iran, Turkey, and Assad. Heading to @CNN to discuss more at 11

Trump is apparently going over the heads of our military leaders and troops on the ground to declare a non-existent victory in an effort to appease Russia and Turkey at the expense of our allies in the region. This is a massive foreign policy failure that does nothing but cede Syria to Russia, all while allowing ISIS to recover and making Iran happy because Syria is their ally. And this comes as our military was close to actually defeating ISIS.

With this declaration, Trump just literally snatched defeat from the jaws of victory and made one of the biggest blunders in the Middle East since former President George W. Bush invaded Iraq in 2003.