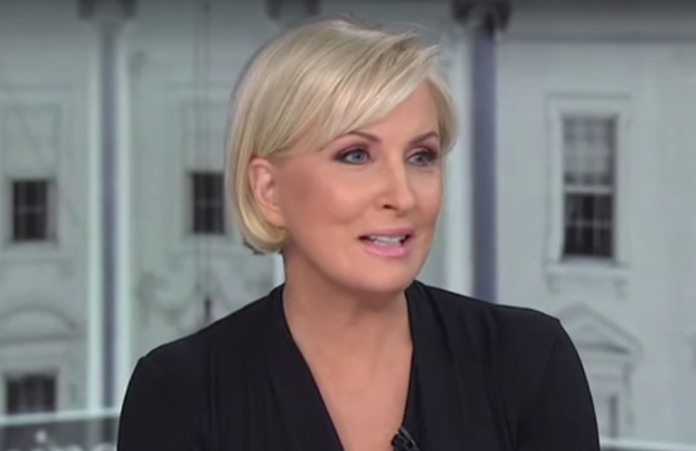 Morning Joe host Mika Brzezinski and her panelists were confused by President Donald Trump’s bizarre lie about his dad being born in Germany even though he was actually born in the United States.

After all, Trump is a birther who repeatedly pushed the conspiracy theory that former President Barack Obama was not born in the United States, so one would think he would know his own family history.

But during a press conference at the White House on Tuesday, Trump made the claim while talking about German Chancellor Angela Merkel.

“My father is German, was German,” Trump said. “Born in a very wonderful place in Germany.”

Trump’s grandfather was a German immigrant, but his father most certainly was not. Fred Trump was born in the Bronx, New York in 1905.

On Wednesday morning, Mika wondered how the top birther movement conspiracy peddler didn’t know where his own father was born.

“You’re a birther — how do you not know where your parents were born?” Mika said. “How can you get that wrong so many times? I’m just — it’s vexing.”

She then turned to the Morning Joe panelists, who were equally confused.

“It is curious,” New York Times Magazine correspondent Mark Leibovich said. “It is not kind of a standard variety lie, necessarily. What do you gain from it? He has these asides. ‘I’m German, my father was German.’ Something you can drop into a conversation. It’s almost as if he wants it lyrically, the phrase, to include a kind of, you know, falsehood in a weird way. I don’t know, I don’t quite know where it gets him or what he is trying to do.”

“I don’t think we’ve ever seen anyone on the world stage with such a five-minute window of attention span, where if he thinks in the moment saying his father was German, a blatant lie, is going to gain him praise, he’ll do it,” she said.