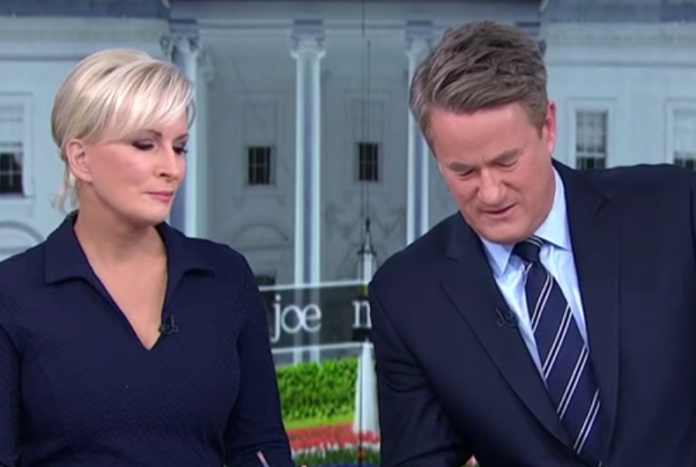 As the Senate and gubernatorial races in Florida get tighter, a recount that was once thought unlikely after Election Day is now in the works, and Florida Republicans are desperate to block votes from being counted, drawing the ire of “Morning Joe” host Joe Scarborough.

Not long after it was discovered that a box of ballots were left behind at a polling place in Broward county, Florida governor Rick Scott launched an investigation alleging election fraud. Senator Marco Rubio (R-Fla.) cried voter fraud and now President Donald Trump is doing the same.

Scott’s race has been thrown into doubt along with the gubernatorial race between Trump supporter Ron DeSantis and Democratic candidate Andrew Gillum. The gubernatorial race has reached the threshold for an automatic recount, and if the newly discovered ballots in Broward mostly go Gillum’s way, he could very well snatch victory from the jaws of defeat.

But, again, Republicans are throwing a temper tantrum by making false accusations of fraud all while trying to stop the votes from being counted. Clearly, they are terrified of losing if every vote is counted, which makes it all the more important that every vote be counted.

Scarborough, who served as a Florida lawmaker, criticized Republicans for trying to block the vote”

“You actually have Republicans, Marco Rubio, in the fevered swamp of conspiracy theories,” Scarborough began. “You talk about Trumpism, and Rick Scott and Donald Trump, they’re all arm and arm and shoulder to shoulder saying that it’s a conspiracy for every vote to be counted.

“The Bush recount, at least what we were doing in northwest Florida, we were fighting like hell to make sure every military vote got counted,” he said. “That’s what we were trying to do, and it was the Democratic lawyers trying to stop that. I know, I was there for 38 long days.

“We made sure every vote was counted, and 18 years later, Marco Rubio actually wants the make sure that Florida citizens’ votes aren’t counted,” he continued. “Rick Scott is freaking out. He doesn’t want ballots to be counted. This is third-world country stuff coming from the Republican Party, who I would think, if if they wanted to be consistent with 2000, would be fighting to get every vote counted.”

Scarborough curiously left out the part where Bush asked the Supreme Court to stop the Florida recount in 2000, a ruling that propelled him to the White House.

Republican strategist Susan Del Percio responded by pointing out that Republicans are always fighting for a recount when they are the one behind in a close race. In short, Republicans are being hypocrites by whining about Democrats doing the same.