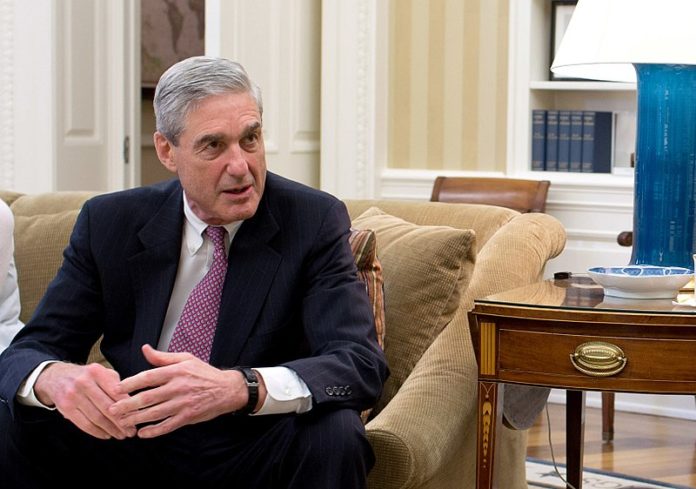 Special Counsel Robert Mueller responded to former National Security Advisor Michael Flynn’s spurious claims that he did not know lying to the FBI is crime in an effort to gain sympathy from the judge at his sentencing.

Flynn lied to the FBI about his contacts with Russia during the presidential transition after the November 2016 Election, and his lies caused several incoming administration officials to lie to the media as well, making his crime even worse.

Due to his extensive cooperation with Mueller in the Russia investigation, however, Flynn received a sentencing recommendation of no prison time. Not satisfied with Mueller’s recommendation, Flynn decided to elicit sympathy from the judge by lying about his knowledge of the law by claiming ignorance.

Supporters of President Donald Trump, and Trump himself, have also been claiming that Flynn is a victim of entrapment by the FBI.

On Friday, Mueller responded in a lengthy memo to the court disputing Flynn’s claim:

“A sitting National Security Advisor, former head of an intelligence agency, retired Lieutenant General, and 33-year veteran of the armed forces knows he should not lie to federal agents,” Mueller wrote. “He does not need to be warned it is a crime to lie to federal agents to know the importance of telling them the truth.”

That statement alone would have been enough to make his point, but Mueller was not done as he went on to compare Flynn to others who worked for the Trump campaign who similarly got busted lying to the FBI.

“The defendant undoubtedly was aware, in light of his “many years” working with the FBI, that lying to the FBI carries serious consequences,” the memo says. “He, unlike Van der Zwaan and Papadapoulous, was a senior national security official with extensive federal government experience, had led an intelligence agency, had worked with the FBI, and was steeped in the importance of accurate information to decision making in areas of national security.”

Mueller also pointed out that Flynn voluntarily sat for an interview with the FBI without a lawyer, unlike Trump, who has refused to sit for an interview as part of the investigation. Flynn also admitted that he lied.

The defendant agreed to meet with the FBI agents, without counsel, and answer their questions. His obligation to provide truthful information came with that agreement; it did not turn on the presence of counsel. Moreover, as the defendant has admitted, weeks after the January 24 interview, he made materially false statements in filings he provided to another branch of the Department of Justice pursuant to the Foreign Agents Registration Act The defendant made those false statements while represented by counsel and after receiving an explicit warning that providing false information was a federal offense.

Mueller goes on to note that Flynn further admitted to lying during sworn testimony in court, and concluded by asking the judge to reject Flynn’s effort to minimize his crimes.

The seriousness of the defendant’s offense cannot be called into question, and the Court
should reject his attempt to minimize it. While the circumstances of the interview do not present
mitigating considerations, assuming the defendant continues to accept responsibility for his actions, his cooperation and military service continue to justify a sentence at the low end of the
guideline range.

Lying to the FBI is a crime and Mueller has solid evidence that Flynn committed it. If he didn’t, Flynn would not have admitted his crimes and would not be arguing that he didn’t know lying to federal law enforcement officials is a criminal offense. Flynn is lucky he had some apparently good information to share with Mueller or he would not have a received such a generous sentencing recommendation, but lying to a federal judge won’t exactly help his case and could end up resulting in a harsher sentence despite Mueller’s request that the judge go easy on him. Because it’s clear that Flynn has not learned his lesson about lying.