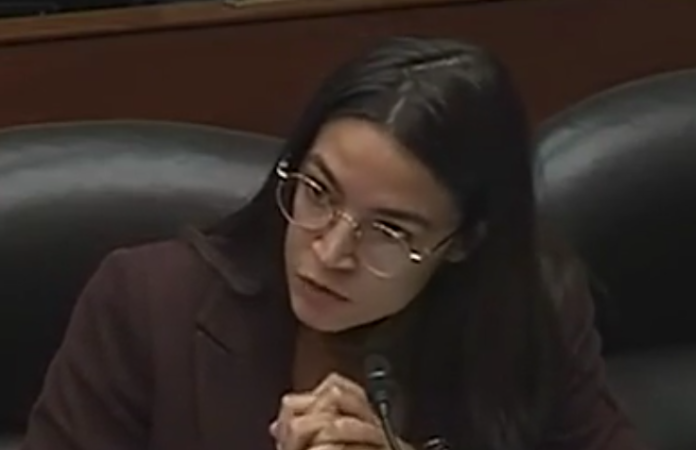 Truvada is a drug that reduces the risk of infection in patients with HIV or AIDS. But while it costs only $8 in Australia, Americans have to pay nearly $2,000 for it. And Rep. Alexandria Ocasio-Cortez (D-N.Y.) grilled a CEO on Thursday to demand answers.

Truvada is an example of a drug that saves lives and is used by Big Pharma to extract high costs from Americans who need it most. Basically, Big Pharma is forcing people to choose between going bankrupt or saving their lives.

Ocasio-Cortez believes that’s wrong, so she put the screws to Gilead CEO Daniel O’Day, whose company sells the drug, during a House Oversight Committee hearing.

O’Day confirmed his company did, indeed, make that disgusting amount off the misfortune of others.

“The current list price is $2,000 a month in the United States, correct?” the freshman Democratic lawmaker asked.

O’Day clarified that the price is actually a little bit lower at $1,780, which is still an exorbitant price for a drug that should be inexpensive.

“Why is it $8 in Australia?” Ocasio-Cortez demanded.

The problem with this explanation is that Truvada was developed and patented by the United States government, which means the American people owned the patent before it was callously given away to private companies so they could circle sick people like vultures, something AOC pointed out.

“I think it’s important here that we notice that we the public, we the people, developed this drug,” she said. “We paid for this drug, we led and developed all the patents to create [Truvada] and then that patent has been privatized, despite the fact that the patent is owned by the public, who refused to enforce it.”

O’Day claimed that the government patents were invalid. But AOC would have none of it.

“There’s no reason this should be $2,000 a month,” she said. “People are dying because of it, and there’s no enforceable reason for it.”

.@AOC to Gilead CEO: The list price [for Truvada for PrEP] is almost $2,000 in the US. Why is it $8 in Australia? pic.twitter.com/kPnMQSZE0G

We the people developed this drug. We paid for this drug. Despite the fact that the patent is owned by the public, we refuse to enforce it. There is no reason this should be $2,000 a month. People are dying for no reason.

Once again, Ocasio-Cortez gives the American people another reason to demand universal health care in the United States.