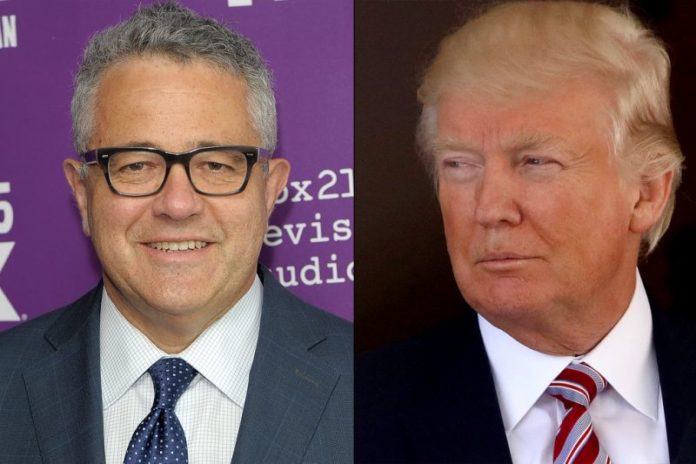 President Donald Trump was up early Friday morning, accusing those who investigated him and his 2016 campaign for contact with Russia of having committed treason and suggesting that all of them should be put in prison:

My Campaign for President was conclusively spied on. Nothing like this has ever happened in American Politics. A really bad situation. TREASON means long jail sentences, and this was TREASON!

The angry tweet comes just a day after U.S. District Judge Emmet G. Sullivan ordered the government to provide a transcript of a November 2017 voice mail message from Trump attorney John Dowd to former national security adviser Michael Flynn. According to court documents, Dowd reminded the Flynn of the president’s fondness for him. At the time,  Flynn was weighing whether or not he would cooperate with Special Counsel Robert Mueller, meaning that the voice mail could be evidence of obstruction of justice.

“Treason is a crime for which death is a potential penalty! It is so reckless and irresponsible to talk that way.”

Toobin added that while such a posting might not be illegal, it “is really a grotesque abuse of power.”

The president also got plenty of pushback on Twitter:

Follow me for a sec, homefry. Russian operatives were targeting your Campaign to try to infiltrate and influence the outcome of American elections, a pillar of our democracy. Do you want our intelligence community ignoring these efforts and letting foreign governments attack us?

This panic Tweet is sponsored by the Michael Flynn voicemail. So juicy you will drool!

Your senior campaign personnel and family members met with Russians and you plead for their support from an open mic.

You’re correct Mr. President. Nothing like this has ever happened in American politics.

What a pissy whiny little snowflake manbaby you are! A terrified COWARD…just as you’ve been your whole miserable life… #Trump

The thing is- that it always turns out that whatever you accuse others of- is what you are actually doing. You are so transparent.

Defending America and following the rule of law is not treason. Treason is not defined as those who would stand against you. They were doing their jobs–just turned out the enemy of America was you.