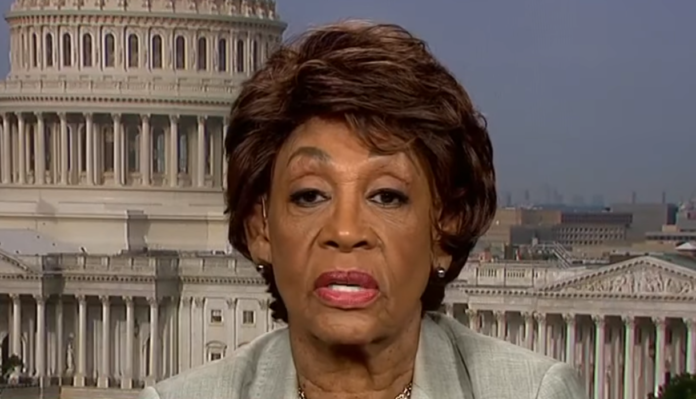 Despite President Donald Trump’s insistence that the report from Special Counsel Robert Mueller completely exonerated him, each day seems to bring new revelations and evidence that suggest Trump and members of his legal team obstructed justice on multiple occasions.

Rep. Maxine Waters (D-CA) said Friday morning on CNN that the question is no longer if Trump will be impeached, but when it will happen:

“If we look at Mueller’s report and see where he clearly defines that he’s obstructed justice, people will increasingly come to the conclusion that impeachment is inevitable. This president has done everything that one could even think of to be eligible for impeachment and the Constitution basically gives us the power to deal with someone who has not acted in the best interest of this country.”

Host John Berman asked Waters if she thought Speaker of the House Nancy Pelosi (D-CA) was starting to agree with her that impeachment proceedings may be inevitable. Waters replied:

“I don’t know if Nancy Pelosi is moving closer, but I suspect the information is becoming overwhelming. I’m hopeful the American public will support impeachment.”

On Thursday, we got even more evidence that attorneys working for the president were actively involved in attempts to silence witnesses who were considering cooperating with the special counsel’s office. The Washington Post reports:

U.S. District Judge Emmet G. Sullivan in Washington ordered the government also to provide a public transcript of a November 2017 voice mail involving Flynn. In that sensitive call, President Trump’s attorney left a message for Flynn’s attorney reminding him of the president’s fondness for Flynn at a time when Flynn was considering cooperating with federal investigators.

The transcripts, which the judge ordered be posted on a court website by May 31, would reveal conversations at the center of two major avenues of special counsel Robert S. Mueller III’s investigation into Russian interference in the 2016 election.

In response to that new, damaging information, Trump took to Twitter Friday morning and railed against those who investigated him and his 2016 campaign:

My Campaign for President was conclusively spied on. Nothing like this has ever happened in American Politics. A really bad situation. TREASON means long jail sentences, and this was TREASON!

Depending on what the transcript of that voice mail reveals, impeachment could begin as soon as next month.